Out For Dinner with a Friend and What I Wore

Last Thursday I met my friend Julie at a spot called The Rivoli (on Queen Street West, east of Spadina). It is an old favourite having been there for 31 years.

I distinctly remember my first time going there as a teen in high school. I was downtown helping a friend with a project and we went there for dinner. That was also the very first time I ever tasted Pad Thai, which they do very well. In fact, both Julie and I were going to have it when we stopped ourselves because we always both have Pad Thai when we go to The Riv. Instead I went for their vegetarian burger made with mushrooms and soy, served in a pita. It was delicious.

In addition to the restaurant, The Rivoli also has a venue for live performances, plus an excellent bar and pool hall upstairs, where I have played many the game.

Julie is a friend I met at work and although neither of us work there anymore, we have stayed in touch. She is a talented comic, who organized this show that we went to in December. And come to think of it, the first time I saw her perform was at The Rivoli.

Aside: I was just down a few doors from there on Friday night, going to the Kate Nash concert. The show was sold out but people were still coming to the venue to see if they could get in. There were a few beside me who I overheard making alternative plans. One of them suggested that they go to ‘The Ravioli’, like the stuffed pasta.

I wore an outfit that included a couple of pieces that I acquired around the same time that I had that first taste of Pad Thai. The striped top and the ‘slightly bell bottomed’ leggings are a couple of the items that have been in my wardrobe for the longest time. I remember paying a bit more than I usually paid for clothes back then for these things, but the test of time has told me that buying quality means being able to have things for a long time.

Thank you kindly for your visit,
loulou

These stories were linked to.
Out to a Friend’s Comedy Show 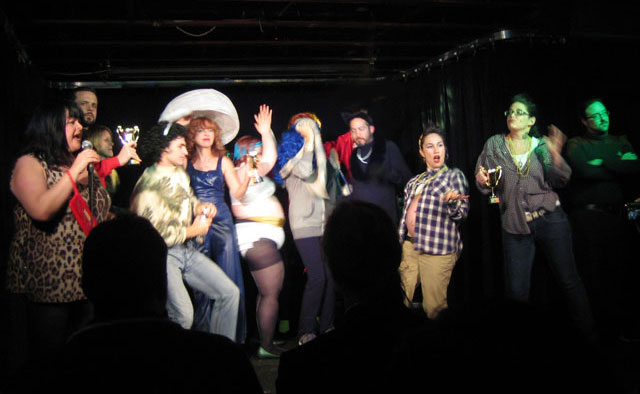