Last month I went to the art gallery to see the work of contemporary artist Ai Weiwei, posted about here. Coinciding with this gallery show was a temporary outdoor installation of his Zodiac Heads, called Circle of Animals.

In addition to this stop in Toronto, these sculptures have already been on display in many cities around the world, including London, Kiev, Taipei, New York, Los Angeles, and Soa Paulo. And will soon be making it to Cleveland and Miami. (You can read and watch a good video about them here.)

Nick and I walked over to have a look last week.

Here we are on the way over …

We passed quite a few construction sites along the way.

Here are pictures taken on the grounds of Osgoode Hall, built in the early 1800s (making it one of the oldest standing buildings in our relatively young city). It is where our law society and court houses are. The buildings and the grounds take up six acres of land, which are contained within a very ornate iron fence.

It is located in the middle of downtown and to say I’ve been past here hundreds of times would be an understatement. Let’s just say I’ve spent a lot of time along the perimeter of this place, beginning as a preteen, peering through the gates at the pretty gardens and imposing buildings.

↑ The gates are shaped like this so cows couldn’t just wander through, back in the days when Queen Street was a dirt road called Lot Street, and the area was bordered by farmland. ↑

But in all this time, I honestly didn’t know that I could pass right through those gates and walk around freely in there. I’m not sure why but I believed it was off limits to the public. That is until Nick just walked in and encouraged me to follow. I was pretty excited to be somewhere I’d seen so often but had never been.

I also felt a bit silly for never figuring out that this was a place I could have strolled through before. I can think of many times in the past that I would have loved to stop and rest a bit on one of the benches.

Beside Osgoode Hall is Nathan Phillips Square, in front of city hall, where the Ai Weiwei sculptures were until they were removed yesterday.

They were really neat to see and I’m glad we went before it was too late.

Thanks for dropping over. I hope you’re having a great Monday.
xo loulou

These stories were linked to.
The Art of Ai Weiwei at the AGO (and an interesting bit about his love... 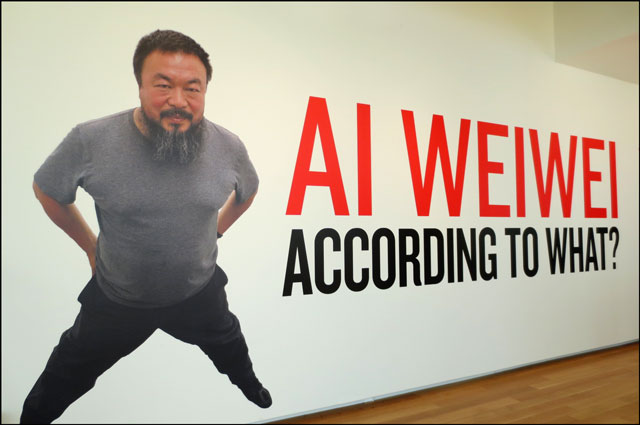