In November, the art gallery (AGO) added a new weekly event on Fridays by extended their hours to 9pm and offering live music, interactive art-making stations, food and a large bar area. They call it “AGO Friday Nights” and my friend Meghan suggested we check it out last week. She’s a member of the gallery, so admission for her and a guest (me!) was no charge but anyone can enjoy this fun night out for the regular cost of admission.

First we took a look at the JMW Turner exhibit, which was ending on Sunday. I’d already seen the show when it first opened at the beginning of November, a visit I wrote about in this post, but I loved the art and was glad to be able to see it again. It was a first look for Meghan and she agreed that it was quite spectacular work.

Then, as we meandered through the rooms and hallways, we came upon a station when we could draw a self-portrait and joined in …

Following that, we headed over to the Galleria Italia for a catch-up and refreshment. We each had a beer locally produced just next door to Toronto in Hamilton, at the Collective Arts Brewing Company. We had their Saint of Circumstance Pale Ale which was very good.

It made sense that they offer their beer at the gallery, because, aside from their goal to produce excellent brew, they also use original art by emerging artists on their labels, that changes every few months.

Then we were amongst of the first to see a brand new installation called “Communal Courtyard” by Chinese avant-guarde artist Song Dong.

As you can see from my pictures, it was a cool arrangements of the fronts of 100 vintage armoires, that you walked through and got lost within.

According to the write up (found here), it is meant to represent the snaking walkways, courtyards and small rooms that make up Beijing’s traditional communal living spaces.

Since many of the armoires had mirrors, it was very much like a house-of-mirrors amusement arcade.

Through some of the “windows” you could see little art arrangements.

It was really neat.

It will be set up until mid-July so there’s plenty of time for you to see it. I can’t imagine anyone not enjoying this immersive art experience.

Of course, in addition to these special exhibits, the gallery is packed with so much other excellent art …

Then we found a seat in Walker Court for another beer and a performance by Spectrum Percussion Ensemble. This was the first time either of us had seen a whole concert that involved only percussion, so we weren’t sure what to expect. It was a very entertaining and interesting show, for sure.

Now that we’ve seen what a Friday Night spent at the art gallery has going on, I’m sure we’ll be going again. It was a lot of fun.

If you can’t make it to a Friday Night event, you might consider going to the gallery on a Wednesday evening, when admission is free and when they are also open until 9pm.

Thanks very much for visiting my site,
xo loulou

These stories were linked to.
At the Art Gallery : An Exhibition of Paintings by JMW Turner 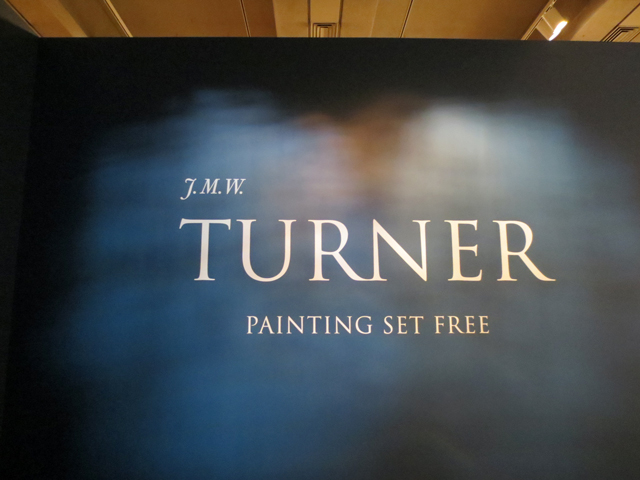