Eddie and I Have Been Treated Well

My parents’ dog kiki, who visited at Christmas, brought along a gift for Eddie. It was a bag of the best treats he has ever tasted. He loves them.

Until now the only ones he really went for, were the kitty equivalent to a McD Happy Meal. His nose was turned up at the offer of the nice homemade ones from a country market, and the gourmet ones picked up at the fancy pet-supply shop. I was actually contemplating making him some myself, but, um, no.

What’s great about him loving these treats is that they are a healthy choice. Which makes me happy too. It is now a lot more fun giving him a treat, because I don’t have to worry about what I am giving him.

The treats are My Mighty Lion and are only available in Canada for now. Their site has a list of stores and there is also mail order too.

So thanks mom (I mean Kiki), from both of us.

Did you know that sticking your tongue out after eating is a compliment to the chef in cat-speak?

There is also another present in these photos. It’s the new camera lens I got from Nick, that I used to take them. It’s a 50mm and lets a lot more light in than my usual 18-55mm lens, which will make for clearer shots in darker places. It is also way lighter in weight so will make my camera easier to carry around. And to take one handed shots while, say, giving the cat something nice to eat.

These are among the first pictures I have taken with it so far. I’m looking forward to practicing and experimenting with my new toy. It is something that I didn’t know I wanted but now that I have it, I love it.

And since this is the last time you’ll be seeing Eddie this year, he would like to say …

These stories were linked to.
Caturday Goes to the Dogs : Kiki 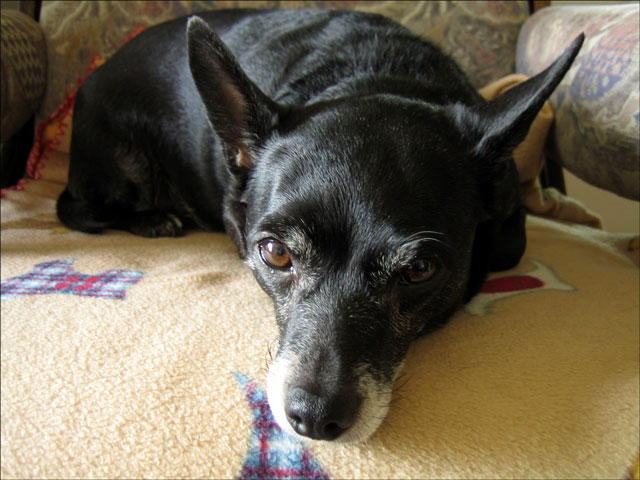