Toronto’s “Contact Photography Festival” is an impressive month-long event that is now in it’s twentieth year. May has been a month filled with opportunities to see a wide range of photographic art, in galleries big and small, all around the city. Not all, but most of the shows are free to see.

I previously posted about a couple of great shows I attended — TM Glass at Onsite Gallery and Robert Mapplethorpe at Olga Korper Gallery, and I’m here with more.

As the month came to an end on Friday, I found myself dashing around the city last week, trying to see as much of the Contact exhibitions as I could, before it ended. I need not have rushed, though, as there are some great shows that went up specifically for the festival, but which will remain on display for some time yet.

Today, I’d like to tell you about one of those extended-run exhibits, and to show you the beautiful historic building it is hanging within. The show is Carrie Mae Weems – Blending the Blues, and the building is 80 Spadina Avenue.

Contact Gallery, in suite 205, is the public part of the Contact Festival headquarters. As I entered it, I said “my oh my, this is so good” before realizing I was speaking out loud. I quit with the audible one-sided conversation quickly but my immediate impression was accurate, Carrie Mae Weems’ photographs are stunning, as is the way they are presented.

Born in Portland Oregon in 1953, the second in a family of 8 children, she received her first camera for her twentieth birthday.

“Carrie Mae Weems tells impassioned stories about humanity, probing the realities of losing and gaining privilege. Throughout her artistic practice, she has sustained a commitment to laying bare the socio-cultural processes of oppression, critically examining history and its reverberations, as well as popular culture and its manifestations. She breaks down structures of authority, tackling the culturally defined markers of identity—class, race, gender, and sexuality—and their implications in the realm of representation.” (extracted from the Contact Festival’s description, linked above.)

Weems is/was the primary exhibitor for this year’s Contact Festival. In addition to this show at Contact Gallery, which is on until July 27th, her work can currently be seen in Toronto at two other locations — there is an impressive outdoor installation on the building right beside the one I was at, which will hang until September 6 (pictured further down in the post), and another gallery show at University of Toronto’s, The “Art Museum”, also on until July 27th. (There were also two more outdoor installations during the festival, one at TIFF Lightbox and the other at Metro Hall, however those have now been taken down.)

While at 80 Spadina, I visited another gallery located on the second floor. Coldstream Fine Art also participated in The Contact Festival, with a showing of Canadian artist Caitlin Cronenberg‘s striking photographs.

The gallery was just closing as I arrived, however the owner graciously allowed me in to have a quick look and to take a couple of photos to show you.

I loved her photography and I think you will, too, so if you’re in the Spadina/King West neighbourhood before it ends on Saturday, June 8, pop in to see them. Collectors will be pleased to know that limited prints are offered for sale. If you missed this particular show consider checking out the new exhibition of contemporary art that they have on display within this lovely gallery space.

If you know me, you’ll understand the joy I felt from not only seeing some great art, but from seeing that art in a historic Toronto building. It can’t get better than that!

↑ The stairs were so satisfyingly creaky! ↑

↑ The sign says “Any person found tampering with combination on this vault will be dismissed. ↑

↑ Did you happen to notice the large mural on the wall of the building next to 80 Spadina, in the photo three above this one? That’s the “Carrie Mae Weems” outdoor installation, Anointed. It’s a picture of singer, songwriter, and actor Mary J. Blige in the moment of being crowned as royalty by the artist. This is on the back wall of the newly restored building on the north-west corner of Spadina and King, and will be there until September 6th.↑

I can find no definitive date on when exactly 80 Spadina Avenue was built, however I was able to locate a nice assortment of historic photographs within the City of Toronto’s Public Archives, that include part of it, going back to the early 1900s, when Spadina was more residential than commercial, and featured a centre boulevard planted with trees.

↑ That’s it on the right of this photo from 1923, when the streetcar tracks were being installed. Check out the row of houses across the street, which are long gone now. It’s funny that those TTC saw-horses look exactly like ones you might see around construction sites in the city today! ↑

↑ 80 Spadina can barely be seen back there but I had to include this photo taken a few years later, for the cars and the trees! The white buildings on the right are still there, as seen in this shot taken last year. ↑

↑ That’s it on the right, in 1928. They had built the northbound and southbound tracks on the same side (westernmost) of the boulevard. ↑

I have really enjoyed the Contact Photography Festival, and look forward to it happening again next year!

Thank you for reading. xo loulou

These stories were linked to.
A Royal Encounter : Sarah, Duchess of York, at Onsite Gallery 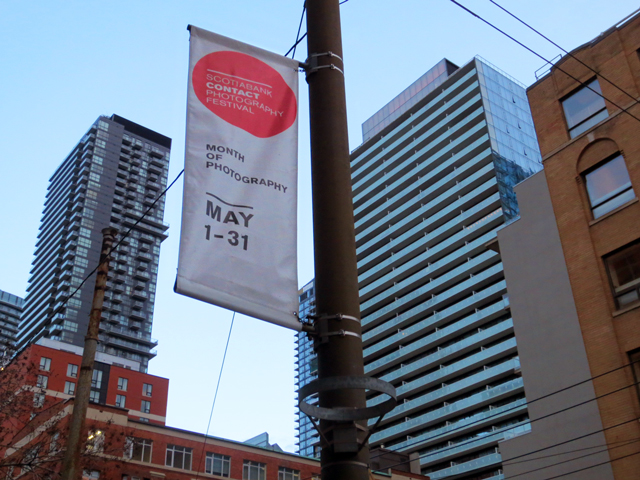 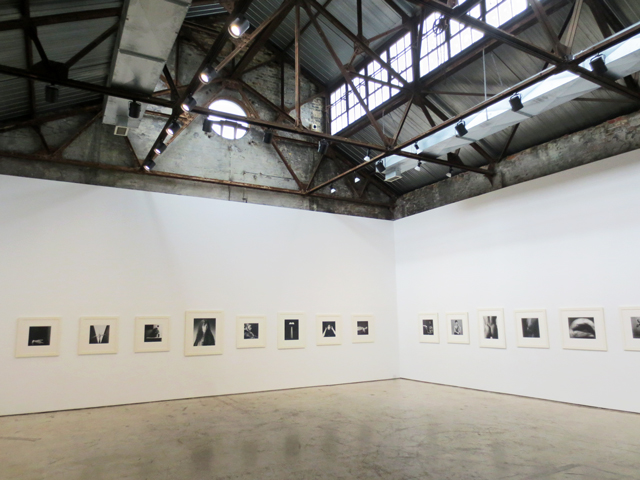