I woke up early one morning last week and decided to get up. Nick was still asleep, so I grabbed my camera and notebook, made a cup of coffee and slipped outdoors in my nightgown to experience the outdoors in the early morning light. This might sound like a no-biggie to many of you, but it is quite rare for me to be up early like that nowadays.

As much as I have tried in my life to reschedule my natural body clock so that I could get to sleep at a decent time at night and wake up refreshed and ready to go at 7am, it has always been a challenge for me. Back in the days of the stressful day-job where breakfast meetings were the norm, I remember stumbling around, almost feeling sick to my stomach, as I got ready, pulling on my suit and heading out the door.

I always used to take my shower at night because there was no way I could do it in the morning, even though this meant dealing with wonky ‘slept on while still damp’ hair in the morning. Come to think of it, my hair was a heck of a lot shorter then too, so I could just damp it down, comb it and go. Everything about my routine was planned to help make those mornings more bearable.

I used to travel quite a bit for work, which meant extremely early pick-ups to go to the airport, and I remember sitting in the back seat or the car, in the dark because the sun had not yet risen, and just feeling not quite ready to face such a big day.

But I was good at that job, and by the time I arrived at that early breakfast or destination, nobody I met with would ever have realized what a struggle it had been for me to get there that early.

I spent years surrounded by morning-people and really always wished I could join their ranks. Though now that I’m thinking about it, I realize that my way of being offered a different perk, in that I was often the last one to leave the office, many evenings having to run to the electicity-box to turn the lights back on in my office, after they had automatically shut off for the night. This suited me just fine, as I was able to get my best work done on those quiet evenings. I got to know the office cleaning staff well, knowing when their daughters were getting married and how old their grandchildren were. In fact, I still regularly quote a woman who used to empty my trashcan into the big bin she would roll through the office.

The truth is, I loved the job but really disliked the early morning start to the day that was necessary to do it.

So now, in writing this post, I am a bit stuck. How do I segue from a discussion about hating early morning risings, to writing about the joy felt upon getting up so early on this particular morning?

I think I will let the pictures take over from here …

How about you? Morning person or night owl? How has your natural internal clock affected the way you live your life?

These stories were linked to.
Cafe au Lait, aka Latte : How to Make it at Home 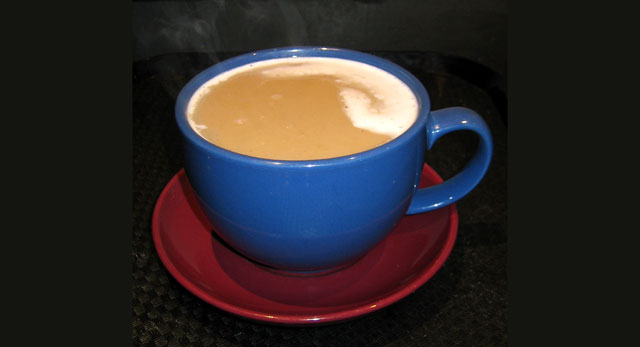