Food Friday : How Special Ingredients Can Boost Up Inexpensive Ones

A funny thing happened when I went to the farmers market recently. While at a vegetable stall, the vendor was describing to me what he had on offer. When he pointed out the kale he said “… and various types of kale”. But what I heard was “… and very expensive kale”. Then we all had a big laugh, with another girl saying she heard the same thing I did. My parting words were, “I’ll be back for some of that kale after I mortgage my home”!

But the truth is, and I know I’m not saying anything new here, food prices are going up. The fact that Nick and I have been doing a weekly food post for more than a year now indicates that we care about what we eat, and like it to taste good, but we are quite careful about what we spend on eating.

So I thought that this week I would talk about using more expensive ingredients to add a tasty accent to food, but not be the ‘lead player’ and therefore not require being used in large quantities. And the example of this practice that I will use is the batch of Lobster Pot Pies that Nick recently made.

As I type we have 2 large ones and 2 single size portions tucked into our freezer, (frozen before baking), awaiting a future indulgence in a decadent lunch. The ones we have sampled were delicious, with the subtle taste of lobster infused within the sauce. Granted there were only a few pieces of actual lobster in each serving but what was there turned what would be plain vegetable pies into something a little more special.

And while eating Lobster would be considered a very expensive meal option, when stretched out in a pot pie, a little goes a long way. We bought the can of frozen lobster pieces when it was on special, and calculated that our pies came out to costing less than a dollar per serving.

[Aside: in doing a bit of research for this story I discovered that lobster, caught on the East Coast, is Canada’s largest fish and seafood export. Also, great efforts are taken to ensure the safe and sustainable fishing of it. Being inland where we live, lobsters dropped live into a pot of boiling water (ewe, sorry I just could not endure that) are not something we have, except as one of the most expensive menu items in restaurants, and the homes of the wealthy I imagine. But for we regular folk, frozen lobster is what there is to cook with. Let’s not even talk about the Red Lobster restaurant chain. I’ve never been so can’t comment.]

Other suggestions for turning less expensive ingredients into a meal you’ll remember ….

( 1) – Have two bottles each of Olive Oil and Balsamic Vinegar : Consider keeping a supply of the best you can afford, for dipping homemade bread into and drizzling on vegetables. But for regular cooking, use less expensive versions.

( 2) – Special Salts : Yes, we give each other salt as a gift, particularly this Truffle and Sea salt version, of which I find a jar tucked into my stocking every Christmas. It is so delicious and aromatic when lightly sprinkled on an inexpensive vegetarian pasta dish. We also keep some French Sea Salt on hand for sprinkling on food. But when we’re cooking salt into a dish, we use regular iodized salt, because it’s much less expensive, plus it has iodine in it, a dietary mineral you don’t readily get anywhere else in your diet, and we don’t want to get goiter! (I’m not 100% certain what that is but it doesn’t sound good)

( 3) – A good cheese for grating : While on the subject of pasta, we always top our noodles-with-sauce with a moderate grating of the best Parmesan cheese we can afford. It keeps well and really enhances the food you use it with. And don’t waste anything by using the rind too, by dropping it into a simmering soup or sauce. Discard or eat it at the end.

( 4) – Cooking with wine : It’s quite amazing what a 1/4 cup of red wine added to a soup, sauce, or chili can do, as far as adding flavour. For this we use a less expensive wine, and since we find that many inexpensive bottles these days are very drinkable as well, nothing goes to waste! But, don’t bother with that ‘cooking wine’ stuff. If you don’t want to use real wine, don’t use any at all. Instead, a little bit of wine vinegar will add nice flavour.

( 5) – Brewed Soya Sauce : Yes it is more expensive than regular, however more goes into its making so this is understandable. And it is a world apart as far as taste goes. And since Soya sauce is so salty, we only use a little of it anyway.

( 6) – Sesame Seed Oil : This is an oil that is not used for frying. Rather it is only ever used for the toasty nutty flavour that a dash of it gives to food, like stir fries, soups, sauces. Make sure to get the ‘Pure’ Sesame Seed Oil, rather than blended with another type of oil. (I use it to make Hummus). Having a bit of Ramen soup for lunch? … a dash of sesame seed oil will take it up a notch.

Store this oil in the fridge. If the cold makes it too thick to pour, run the bottle under hot water.

( 7) – Cook a batch of dried beans and store them in the freezer : It is quite amazing how inexpensive a bag of dried beans is and how many cans of beans a single bag of dried will equal. Plus you don’t have to worry about that plastic coating that lines cans, leaching into your food.

( 8) – Wild Rice : Using a bit of wild rice, mixed with regular rice, takes an everyday casserole to something you can proudly serve to guests. A little goes a long way, and your supply keeps a very long time so there is no rush to use it up. I have a tasty recipe here.

( 9) – Pine Nuts : Ok, these are extremely expensive, but we still use them, but doled out very carefully. Toast them first (in a dry cast iron pan, watched carefully so they won’t burn), and chop them up. One tablespoon adds a ton of flavour to a salad or pasta.

Store pine nuts in the fridge where they will last a long time.

(10) – Fresh Herbs : During the summer I keep an herb garden going but during the fall, winter and early spring, we buy fresh herbs, because they really enhance the flavour of food. But they can be expensive, particularly if you don’t use them all up before they go off in your refrigerator (which doesn’t take long). But fresh herbs really add so much taste to certain dishes like marinated salads, soups and sauces. Remember to add them at the very very end of cooking, after you’ve already turned the heat off. And make use of the leftovers by immersing the leaves in vinegar, like I did here. Or freezing. Basil leaves freeze nicely and retain their flavour, though they do turn brown and go soft, so are best used in soups, sauces and stews, once they’ve been frozen. Simply wash the leaves and put them in a freezer bag and pop them in into the freezer. They become like freeze-dried flakes, which can just be broken off in the required quantities. That said, we also use dried herbs every day, for dishes that will be simmered.

(11) – Fresh citrus juices : We all know how a squeeze of lemon adds to the flavour of almost anything on your plate. Plain boiled potatoes? … put some lemon on them, (and special salt, as mentioned above). Yes, you can buy bottles of so-called lemon juice and those little plastic limes filled with lime flavoured liquid. It is simply not the same thing. Instead, buy a fresh lemon. And first, before using it, wash it off, put it on your cutting board, and with the palm of your hand, roll it around while pressing it. Give it a good working over. This will break the membranes inside, and therefore give you a lot more juice. Then if you only need a little bit of juice, poke a hole into it with a skewer. Squeeze out what you need, and then seal the hole up with a tooth-pick. Pop it into the fridge until you need more. It will last a long time. Or if you need more, cut a wedge out of it, from tip to tip, and store the remainder in the fridge in a covered container. (And after you’re done dinner and are in the midst of cleaning up, take those used lemon rinds, and rub them all over your elbows. This really does a great job at keeping your elbows looking lovely, and we all want lovely elbows, right?!)

(12) – Use meat, seafood and fish as a flavouring, rather than a main ingredient. We’re talking Lobster in pot pies, as illustrated in this post, or slivers of meat in fried rice. Stir fries with lots of veggies and bits of meat. Shrimp pieces in a pasta sauces. And to quote Nick’s sweet mum, when he was first leaving home, “Make meat-loaf, rather than hamburgers, because the meat will go a much longer way.” And while we don’t eat ground beef here, the advice she gave him ties right in to what this post is all about!

How about you? Any tips you have for using relatively expensive ingredients to spruce up the less expensive, resulting in delicious results? Any expensive ingredients that just aren’t worth it, in your opinion. On that one, I’m thinking Saffron. I just don’t think using tiny crocus stamens adds much to a dish at all, and are not worth the money! And fresh pasta versus dry? Don’t see the upside in that either. Do you?

Thanks for visiting.
xo loulou

These stories were linked to.
Food Friday : Trying Something New 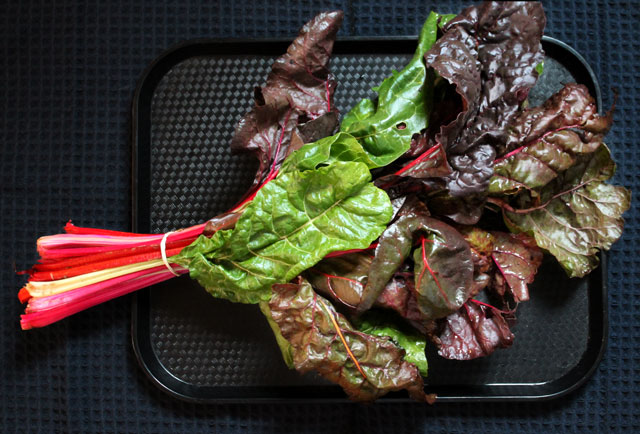 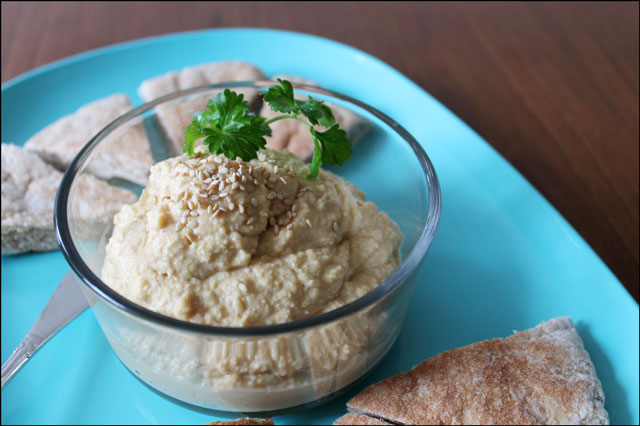 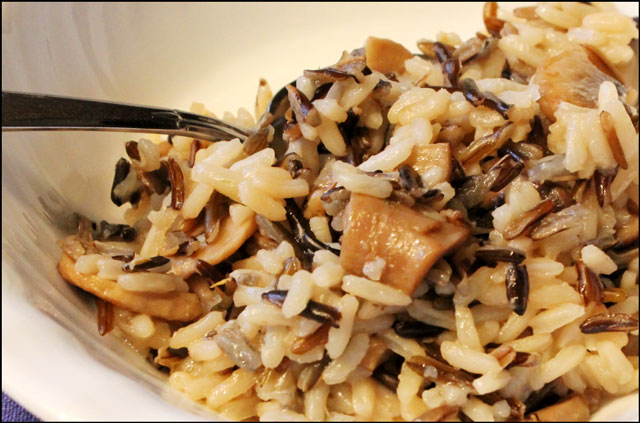 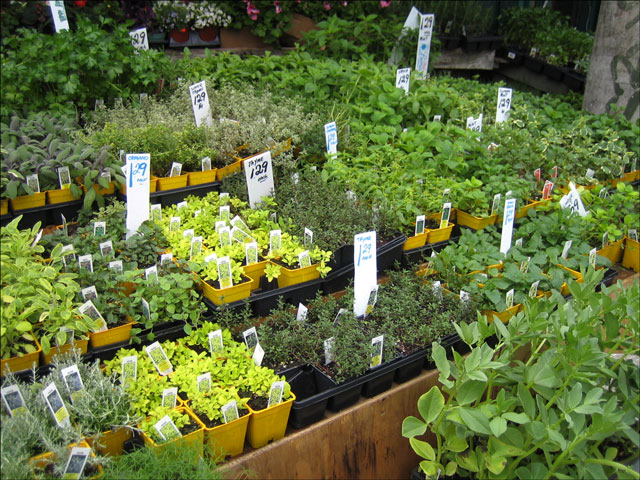 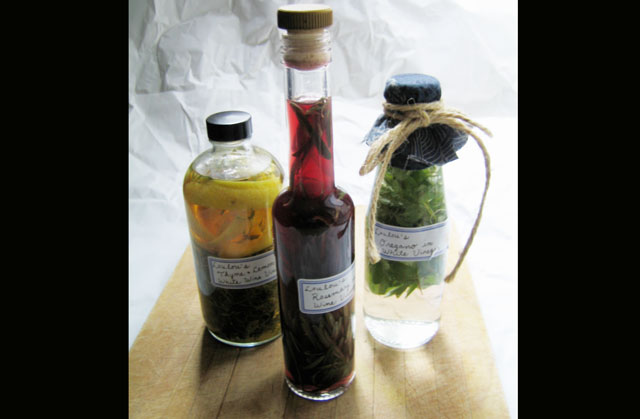