New Art Within the Old : Blank Canvas joins Florine Stettheimer at the AGO

My friends Meghan, Julie, Pamela and I saw a really good performance at the AGO, a week ago Friday. It was held right within the Florine Stettheimer exhibition, (which is on temporary display until this Sunday, January 28th. I previously wrote about this beautiful show, featuring the work of an American painter, designer, Jazz Age saloniste and poet, in this post.)

“Stettheimer Salon : Give Me a Beat”, curated by Just John from Blank Canvas Gallery, was described as : “Using Poetry, Live Music & Dance to showcase a contemporary response to Stettheimer salon, the evening will explore the modern art atmosphere and its many layers, leaving the audience lost in rhythm & gaze.”

There was live poetry recitation, music, and dance, presented by a talented group of young Toronto artists.

There was a stage/projector area set up in the middle of space, where visitors watched a film-loop of a production called “Four Saints in Three Acts”, for which Stettheimer had designed the stage and costumes in 1934. This set-up was used as the stage — while the poets recited, the film-loop played right over them, giving a very cool lighting effect.

There were also dances performed alongside the artwork.

They had an excellent turnout, which, of course, was great. However, the crowd limited my view of the stage area, making it a challenge to get photos of all the performances, so unfortunately, I missed some. (Here is the FB Event posting with a complete list of everyone involved.)

And here’s a look at “Salon Stettheimer : Give Me a Beat” …

↑ The program began with violin played by Aaron Cheung, accompanying a dance by Danah Rosales ↑

↑ Curator Just John with the mic, and the performers. ↑

Following the show, we got a chance to mingle and look around …

… and meet some of the artists …

↑ Joshua Watkis. He requested that this shot be taken with his favourite Stettheimer painting, “Beauty Contest: To the Memory of PT Barnum, 1924” ↑

I love how Florine is watching us from her 1915 self-portrait, called “The Model”. She would have loved to be there, witnessing the new art taking place amoungst her 100 year old paintings.

Tobi made a video with the footage he shot that evening, which can be seen here.

↑ Before we left Julie asked someone to take a photo of all four of us together with her phone. (Me, Meghan, Pamela, Julie) ↑

We all really enjoyed this unique experience.

After the gallery, we went across the street to Provo FoodBar, for drinks and dinner. It was excellent — the perfect place for us to go.

↑ I had Risotto Jambalaya, which was delicious. ↑

↑ A belated birthday gift for Julie, decorated with a crocheting fail. It was meant to be one of these flower brooches, but I’d used the wrong type of yarn. It made a fine gift topper, though! ↑

These stories were linked to.
Celebrating Friendship : Art, Dinner and Bubbly Wine with Meghan 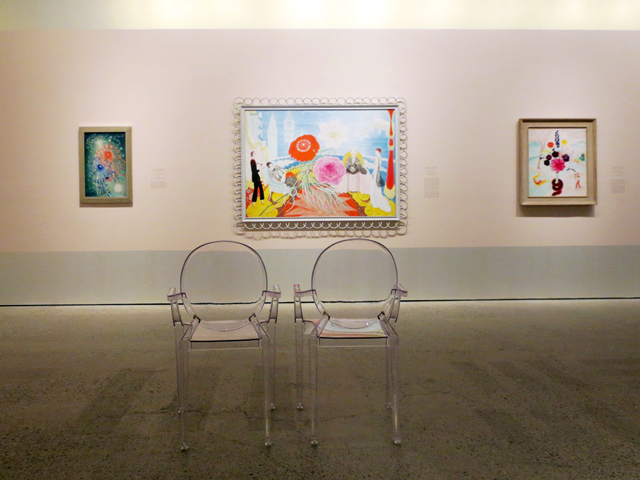 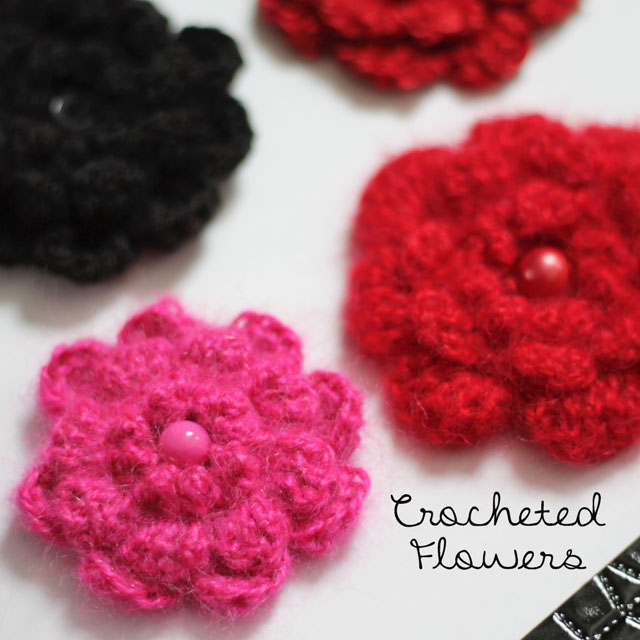