Out for Dinner with a Friend and What I Wore

On Thursday I met a new friend for dinner at a spot that she suggested, called Pour Boy Pub. She and I met at my sister’s party in February (discussed here) and got along quite well, so we decided to get together. And I am so glad we did because we had lots to talk about, including the fact that we both worked on the same corner for years, but never ran into one another.

I had not been to the Pour Boy Pub before and really liked it. We both ended up choosing the same meal … Singapore Noodles, which were very nice, made more-so by the hot sauce we asked the server for. To drink I had a Strongbow Cider.

As for what I wore for this date, there was no question there would be jeans and heavy boots involved, as that afternoon, a blizzard came to town. It was snowing like crazy when I left the house but by the time I arrived at the restaurant (having taken the streetcar) the snow had stopped.

And here we are on Monday and there is no sign of snow in sight, so I think that storm might have been the end of it. I’ve mentioned before that I find it fun to be out during blizzards, so I am glad that I caught the last one of the year.

I know my outfit is very black, and you know I do try to add colour and pattern to my outfits, but sometimes I just go with items from the black ‘staples’ section of my closet. I used to be teased at work because I wore so much black. It is a habit that became fully entrenched while in my late teens and has stuck around. Honestly though, I did try to add a bit of colour in that I first had on a pair of blue jeans, but I just didn’t dig the look.

In case you were wondering what my hair looks like when I allow it to air dry, this is it. The only thing I did was comb it out and add a bit of leave-in conditioning product while it was damp (L’Oreal Re-Nutrition). I also put a large velcro roller in the bangs. I often go about the house with a roller in my bangs, as this gets them out of my face and also helps to keep them pointing in the right direction (damn those cow-licks that make my bangs go every which way but straight down! True fact … I very nearly left the house with my roller in the other day. Thank goodness I stopped at the hall mirror to apply a some lipstick before going out.

Thank you very much for visiting my little corner of the internet. I hope your week is off to a great start.
xo loulou

These stories were linked to.
Party at My Sister’s and What I Wore 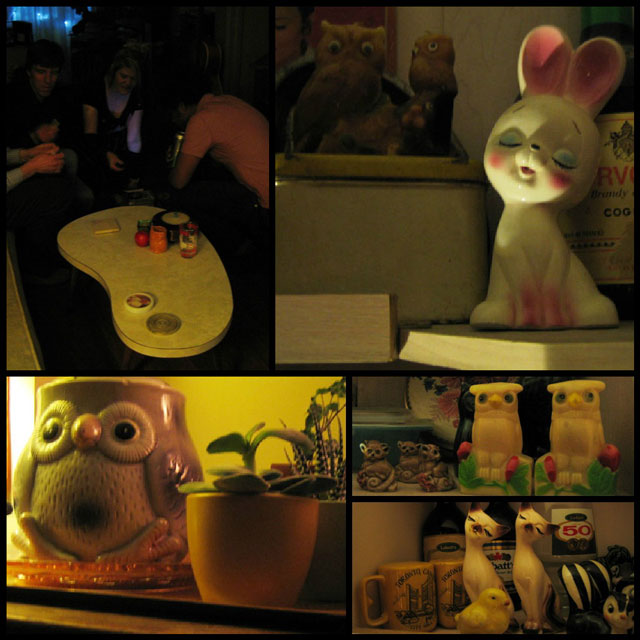