A Rooftop Tiki Bar in Toronto

I met my friend Meghan for dinner the other night up at a rooftop tiki bar. It’s at 542 Queen Street West and is part of The Bovine Sex Club (a place at which I’ve spent my fair share of time and where Nick and I went for New Year’s Eve, discussed in this post). Being a new addition I was really curious to have a look at what was up there. I read here that they actually had to build a metal frame over the original building to support the patio, so a lot of work went into making it.

The night was hot and steamy but I like it like that. We got a nice seat in the shade and ordered a couple of Coronas. My first choice of drink would have been a summery mixed cocktail from their menu but they were out of pineapple juice. No worries though, as I quite like a nice cold beer.

We liked the food we got, which went with the casual theme of the place, but I don’t think people were there for dinner as we seemed to be the only people eating on this particular evening. (We were there on a Monday from 6 until 8.)

The part I liked best, after the company of Meghan of course, was the garden that they had created along one side of the patio. Someone there clearly has a passion for plants and did a beautiful job of it.

I’ll surely be going back to The Tiki Bar. Next time I think I’ll aim to go on a weekend afternoon or later at night. Knowing how much fun the bar below always is, I bet a summer night spent under the stars on this excellent rooftop would be a very good time.

The shoes are a new favourite, some ‘special-edition’ brogue styled Pumas, with a touch of patent leather. I got them recently at The Bay’s spring shoe sale for $30, marked down from $185. Score.

Wishing you a happy Monday and thanks for dropping by!
xo loulou

These stories were linked to.
New Year’s Eve 2013 : At The Bovine 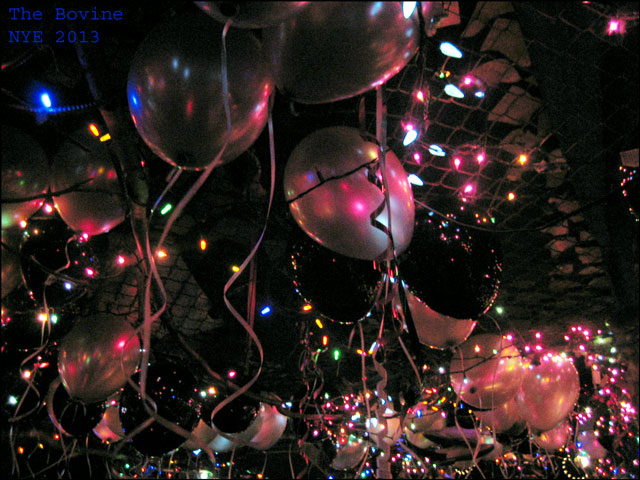