A Real-Life Meet Up With Online Friends

We recently had the pleasure of spending time with a friend, Anna, who we first encountered online eight years ago, and her husband, Wil. We met within the virtual community called SecondLife, where Nick and I, along with our friend and drummer, Chops, used to perform live music.

This was our second visit from them, as they were also in Toronto last year (shown here and here). We all hit it off so well during our first real-life meeting that we were delighted to learn that they were coming back, travelling from their home in the southern United States.

Considering we didn’t really know them when we first suggested it, we were happy that they wanted to return to the same meeting place as last year — The Rex at 194 Queen Street West. It’s a restaurant, a live jazz music venue and hotel all in one, that has been running for over 40 years (all those years with the same owner!).

Nick and I used to live close by, and would go fairly regularly because they serve really good veggie burgers, which come with some hummus on the side.

Being a Friday evening, the place was packed. There was an eight piece Jazz-Swing band onstage, called The Jive Bombers, who were keeping the crowd well entertained.

Anna and Wil arrived first and snagged a great table off to the side, where it would be easier to talk.

We arrived, slid into the bench seat across from them, and practically continued our conversation from last year, almost as though no time had passed.

To eat we started with a vegetable and hummus platter. Then Wil and I each had a burger made with a portabello mushroom, crusted in panko and served with melted cheese and tomato sauce (not ketchup, but more of a sauce like you would put on pasta). It was very nice. Nick and Anna both went for the aforementioned veggie burgers.

After dinner, we took a walk. Since the sky had opened up and it poured rain that afternoon, we were glad the weather changed and it turned out to be such a nice evening.

↑ The patch on the back of Nick’s jacket is by Kat Gomboc and he got it when he went to this art festival in the park last summer.

We saw Anna and Wil again the following night but I’ll leave you here now, and continue in the next post.

Thanks very much for checking it out,
xo loulou

These stories were linked to.
Meeting An Online Friend in Real Life 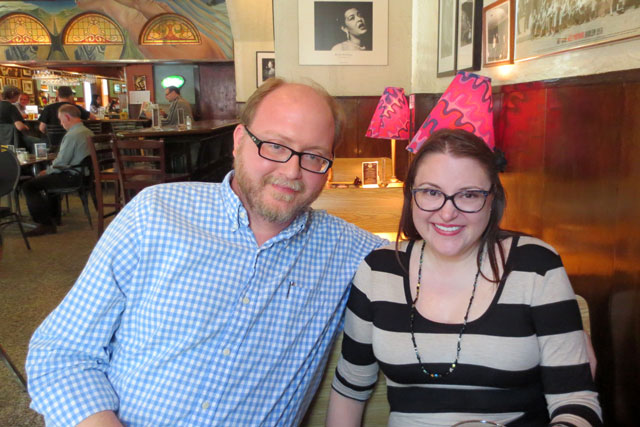 Dining Amid the Treetops : A Barbecue at Isabel’s 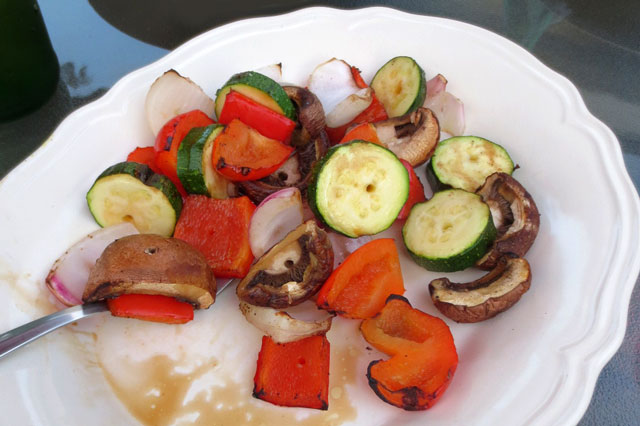 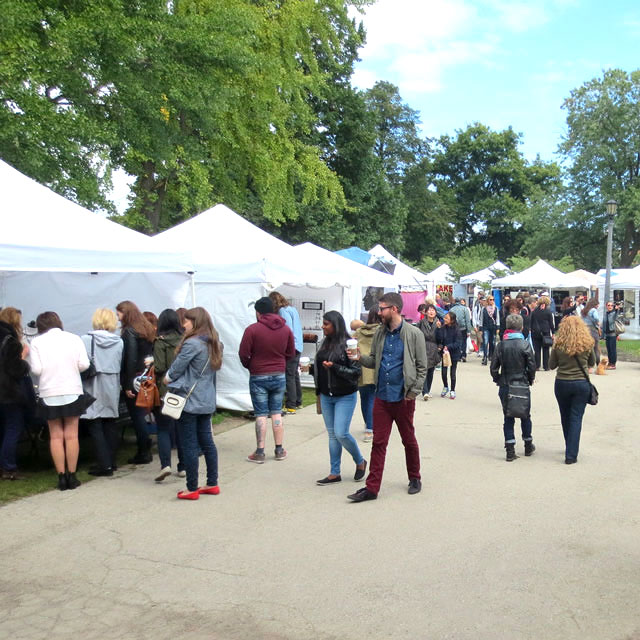