I had a great night out with my pal Meghan on Sunday night. She had some tickets to see a band I’d never heard of before, but I completely trust her taste in music so was happy to go along.

The band was Thee Oh Sees and the show was at The Danforth Music Hall, which is in the north-east part of town, known as Greektown because the area was home to many early Greek immigrants to Toronto. Most of the city’s traditional Greek restaurants are still located on that stretch of Danforth Avenue, but nowadays there are all kinds of shops and styles of food to check out.

By coincidence this is where Nick and I were the previous Sunday night too, at our friend Chops’ birthday party, here. In fact, Meegs and I walked right by the place we had been, on our way to the show. I don’t really have much cause to go to this area and have probably been there one other time in the past decade or so, this past summer when Nick and I went to the Fitz and the Tantrums show, (shown here), so it was strange to be there twice in the span of 8 days. It’s a nice place though, so I didn’t mind at all. There are so many beautiful old buildings and a vibrant nightlife.

We met for dinner at Pizzeria Libretto. I’ve talked about this restaurant before, here, here and here, but that was at their other location. Clearly I like the place and I was pleased when Meghan suggested it.

They cook their authentic Neapolitan pizza in 90 seconds, in wood burning ovens that were especially built for them by 3rd generation pizza oven makers …

To eat we shared the Quinoa Salad, which, to copy directly from the menu, contained “black and white quinoa, shaved fennel, fried carrot, orange, grana padano almond milk dressing, toasted almonds, fennel fronds”. Then we had the Cremini Mushroom Pizza, “bufala mozzarella , gorgonzola, roasted garlic , rosemary, thyme, pecorino”. To drink we had red wine and then Meghan had a espresso and I a cappuccino after the meal. It was all mmmm good.

The concert hall was a few blocks to the west of the restaurant and it was good to have a little walk between the meal and rocking out. Following a spell of unseasonably cold weather, the night was quite mild and lovely.

I had listened to some of Thee Oh Sees music on-line before going, but I really was not prepared for what awaited me. The singer/song writer/guitar player is John Dwyer, a musician from California, who has been in bands for over 20 years. His abundance of experience showed clearly in his skill and confident demeanor on stage. The music, which is apparently a change from what they used to sound like with a different line-up, was loud, exciting and really good. I’m a fan of punk rock so was really happy to be at that show.

The rest of the audience clearly was too. I’m pretty sure I’ve never seen as much mosh-pit dancing and crowd surfing to the extent that I saw going on there. It was so much fun and I can’t stop thinking about it!

Thanks for dropping over. I hope you’re having a great week.
xo loulou

These stories were linked to.
At a Friend’s Birthday Party Out to a Concert : Fitz and the Tantrums 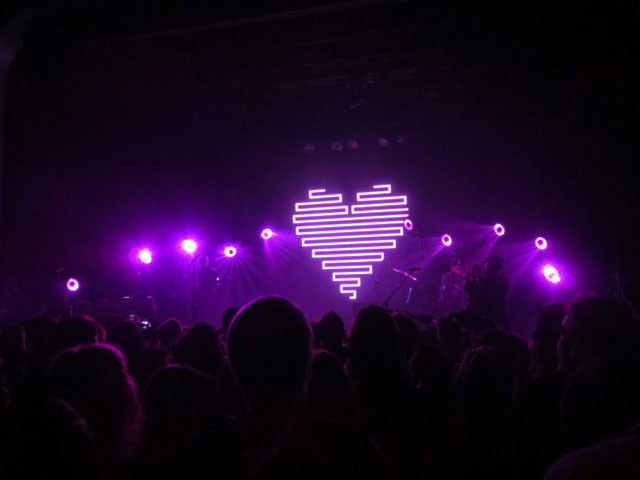 Out for dinner with a New Friend 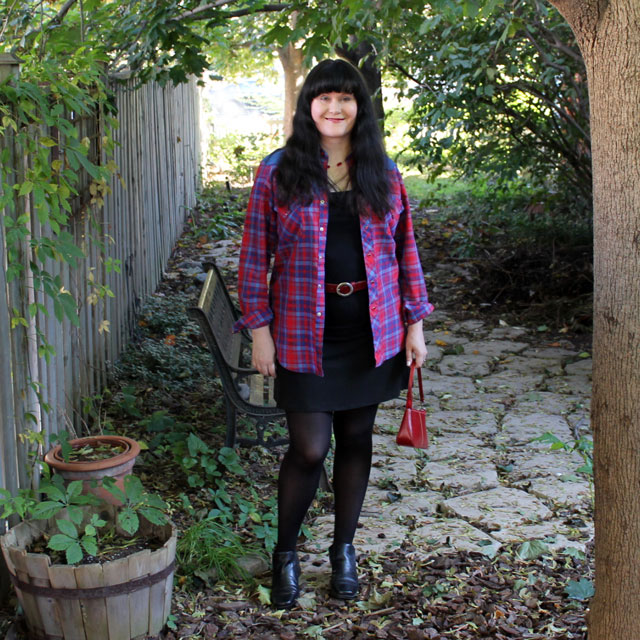 Out for Pizza With a Friend 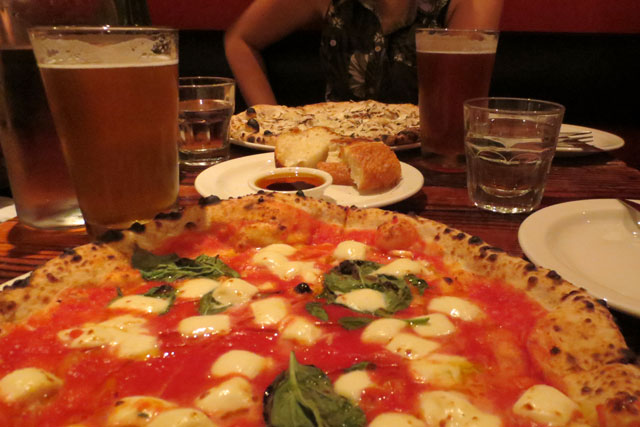 Out for Dinner with Friends and What I Wore