Something that Nick and I have talked about doing for a while is to host a larger dinner party. We do regularly have people over to eat but, with a few exceptions, it has always been one or two at a time. However along the lines of ‘the more the merrier’ we thought it would be fun to get a larger group together, so we made a goal to put all five leaves, that have been gathering dust under the sofa, into our dining table and gather a bunch of good people around it for a meal. That happened on the Saturday evening of the Easter weekend, when a group of ten (including us) got together.

It turns out that we worked well together in this effort, and it went well, with no hitches. It was a good time and I’m sure we’ll be doing it again.

We planned for an early dinner and invited guests to arrive around 2pm in the afternoon. This was partially due to us wanting to catch some sunlight, since we have no overhead lamps in our living room where the table was to be set, but also to give everyone an early night, as the following morning, Easter Sunday, was likely to be an early start for some.

The party began with a couple of hors d’oeuvres, salsa and chips and a cheese spread, that I made the evening before. (I’ll be putting both recipes up in my next post – Edit : here). Rum punch ice-tea cocktails (here), wine or beer were offered to drink.

While I had set up some seating areas in the living room, everyone chose to hang out in the kitchen, where Nick was putting the finishing touches on the meal.

He made a turkey with stuffing and gravy, mashed potatoes, roasted carrots, peas and corn, cranberry sauce (here) and some bread rolls.

We laid it all out on the kitchen table where everyone helped themselves, and then found their place at the dinning table. (We used the place-card holders I demonstrated in this post.)

The table was decorated with an assortment of figurines, some vintage, some gifts, and some thrifted. The little chicks in a shell are salt shakers, so they served a purpose as well as looked cute.

I started this hyacinth bulb, that came dry in a box, on January 31, by placing it in water a special jar that came with it, and leaving it in a dark cool place. Over the past 2 months, roots grew and then a green bit sprouted. I brought it out of the dark last week, and as luck would have it, it was in perfect flower for the party. It’s the first time I’ve tried forcing a hyacinth and I was pretty surprised that it worked so well.

Also by chance, my little white African Violet, which blooms on its own mysterious schedule, got a flower for the occasion too.

Further on the flower front, the mini daffodils were purchased at the green-grocer on Thursday. The buds were closed up tightly at the time, but opened nicely for Saturday.

Leslie brought dessert, a chocolate layer cake with a Bailey’s icing. Look how perfect it was and it tasted wonderful too. The lady is good! It was served with vanilla ice-cream.

After dinner, we sat around the table, talking until it got dark. There may have been a bottle of Jagermeister there too.

For the record, there was a steady downfall of big fluffy snowflakes happening outside the windows, but we were cozy inside, enjoying each other’s company.

Thanks very much for checking out my post. I hope you had a great Easter weekend, if you celebrate it.
xo loulou

These stories were linked to.
Party Food : Homemade Tomato Salsa and A Cheese Spread 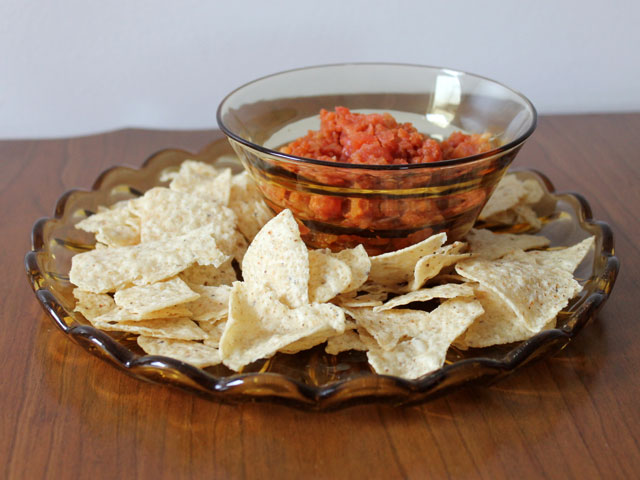 Homemade Cranberry Sauce and a Cocktail 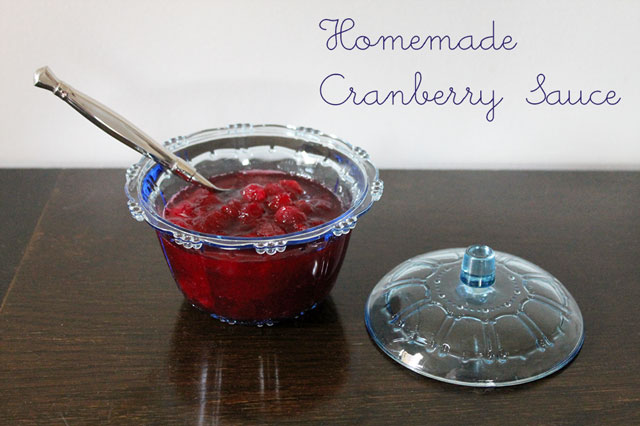 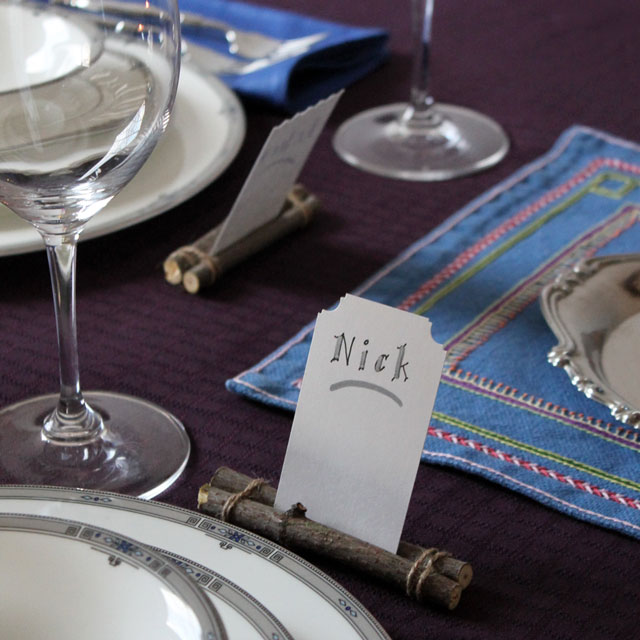 Dinner at the Home of Friends : Chops and Leslie 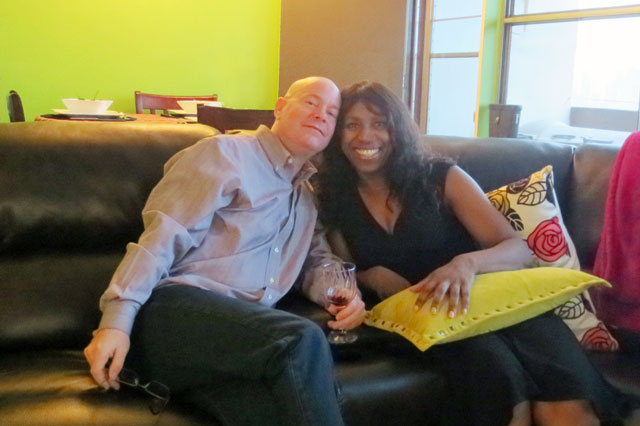