Checking Out Some Live Music at The Horseshoe Tavern

On Friday night a friend of Andrea’s was performing with his band, Tin Star Orphans, at a local place called The Horseshoe Tavern. So we decided to check out the show with her.

The venue is actually called The Legendary Horseshoe Tavern, made legendary because it is one of Toronto’s best known live-music stages, having been around since 1947. The building it is in was built 86 years prior to that in 1861, and was originally home to a blacksmith shop, which I imagine is how the place got its name.

I wrote another story about going to this place last year when I saw Kate Nash perform there, which I absolutely loved. That post is here. This was the last concert I photographed with my old camera that was pretty bad in low-light situations, but I still really like the shots I got of her show.

↑ This bartender and drummer, Teddy Fury, has worked the bar at The ‘Shoe for over 28 years. ↑

While big names such as Willie Nelson, Loretta Lyn, The Rolling Stones, The Police, The Ramones, Talking Heads and Melissa Ethridge have hit the stage there, it is more commonly known to live-music fans as a place to catch new and upcoming local acts. They’re a place that give young bands a chance to perform by hosting frequent multi-band nights, where you can hear a short set by several bands in one night. That is what was going on on Friday night, when four bands were on the bill, Tin Star Orphans, South of Bloor, Brothers of North, Damien Rattler and the Electric Soul Circus.

The band we went to see were on first, but we hung out and enjoyed all the bands. They were all tight and talented, although I couldn’t help notice that of the 17 people in total that we saw on stage that night, not a single one was a female, which was kind of weird. I’m partial to female musicians, especially singers (it’s just a personal preference) but even in their absence, it was a really fun night, spent listening to plenty of good original music, at a cool venue steeped in history.

These stories were linked to.
The Kate Nash Concert in Toronto 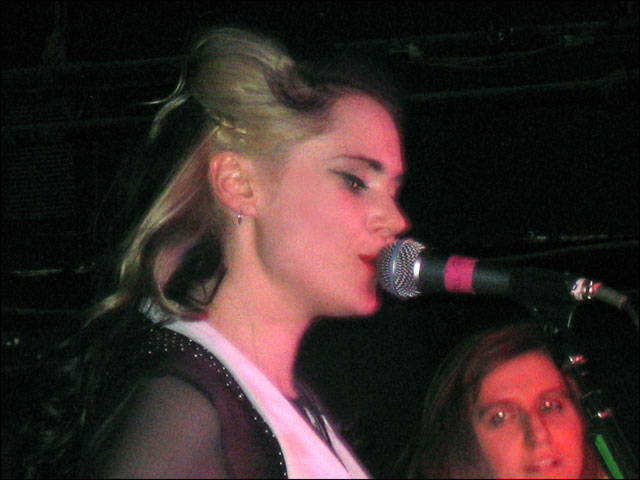