Hello. Here is the monthly post where I include some photographs taken during the previous month, that wouldn’t otherwise find a home on this site. I hope you like them.

Let’s begin at the end of the month, after we got our first snow on December 26th. It came so late this year and then fell with great abandon, covering the streets in a thick layer of fluff overnight.

I found this funny snowman standing right beside the path that goes through a little park in my neighbourhood. He’s pretty special with his carrot nose and real pieces of coal.

You might recognize that ice machine, as I did show it previously in this “Take Tuesday Photography Series” post on December 11. The theme of that post was “Ice” and at the time I was hard pressed to find any ice or snow on our wet but mild streets, so I settled with shots of this ice-machine grave yard. I thought I’d revisit the spot after the snow to get this shot.

These next few were taken before the snow came, during the extremely early dusk at this time of the year.

The first three are of the windows of a company that sells (and perhaps rents) fixtures and decorations to retailers. My earliest memories of the streets of Toronto include these very windows, as we had a dear family friend, sadly now deceased, who worked at a mannequin supplier, located across the street. He would often babysit my siblings and I and bring us to his workplace, when it was empty on the week-end. I have very vivid and treasured memories of being in a warehouse, surrounded by a crowd of naked mannequins. Yes, this could be the thing of nightmares for some children, but I thought it was cool.

I couldn’t believe it when I came upon this rose, still in bloom on December 21st. Most roses here are long gone by September, with some rare specimens holding out until October. But a blooming rose at the end of December in Toronto is a very rare sight indeed.

I so regret having missed seeing the concert poster below earlier. It announced a performance by the pianist Nadia Boucher, and by the looks of the picture on the poster, the concert featured holiday music. It would have been wonderful to hear.

If there’s one thing in life I wish I could do it’s play the piano well and following sheet music. Yes, I play keyboards in our rock-band, but I am self-taught and am by no means a ‘flying fingers’. Do you play the piano?

I have now found Nadia on FB so will know when she performs next. Here’s a Youtube of her playing a piece by Shumann … Nadia Boucher

It is a bit too cold for ice-lollies right now, but I love this sign …

Thank you very much for taking a look.
xo loulou

These stories were linked to.
It is Take Tuesday on the Rocks 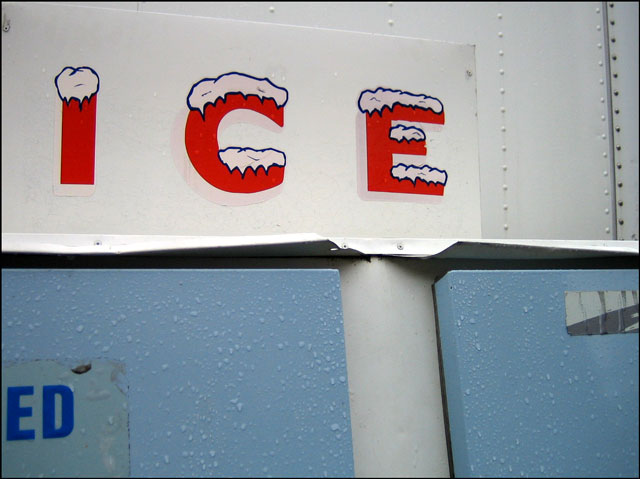