Last Sunday I felt like doing a spot of baking but I didn’t feel like going out for supplies. So I looked through my bookmarked recipes for something I could do with what I had on hand.

These were made with Emma’s recipe for Mini Pineapple Upside-Down Cakes, from one of my favourite blogs A Beautiful Mess, except that hers were made with canned pineapple slices and maraschino cherries. As delicious as the pineapple sounded, I had none. But what I did have were some nice ripe Bartlett pears, a bit of ginger syrup I had after making this Candied Ginger recently, and fresh raspberries.

But before I go on about my version of Emma’s recipe you should really click over to see how hers turned out. They’re so cute!

Here is a summary of the modifications I made to her recipe:

. I halved the recipe because we are only two here, and six small deserts was enough for us. Her recipe divides in two perfectly.
. I Switched canned pineapple with fresh Bartlett pear, but I bet plums, peaches or apples would work well too. One pear was enough for six cakes, with a bit left over.
. I Replaced the pineapple juice with ginger syrup, however I’d think that any juice would substitute well, or even just some water with a bit of sugar.
. I popped a fresh raspberry on for decoration after the cakes were baked, rather than baking a maraschino cherry into the cake as Emma did.

Tips:
. Emma’s instructions are to butter or oil your muffin/cupcake pan, and I forgot to, so they were a bit tough to get out nicely. Next time I will butter right up the sides.
. These cakes are cooled with a heavy cutting board on them, so they have a flat surface to turn upside-down on. I put a piece of parchment paper between the cakes and the cutting board so they wouldn’t stick.
. For the extras that I had stored in the fridge for later, I gently heated in the microwave oven before serving.

Oh, and did I mention that these cakes have a bit of Whiskey in them? I’ve never baked with Whiskey before but it added such a lovely smokey-ish flavour.

And the verdict from Nick after he sampled them? To quote, ‘You can make these anytime you want’.

Here are some pictures to whet your appetite!

They were absolutely delicious, and I will be making them again for sure. They would make a perfect finale to a dinner party.

Thanks for Emma for such a great recipe, and thanks to you for taking a look.
Happy Friday,
loulou

These stories were linked to.
Food Friday : How to Make Candied Ginger 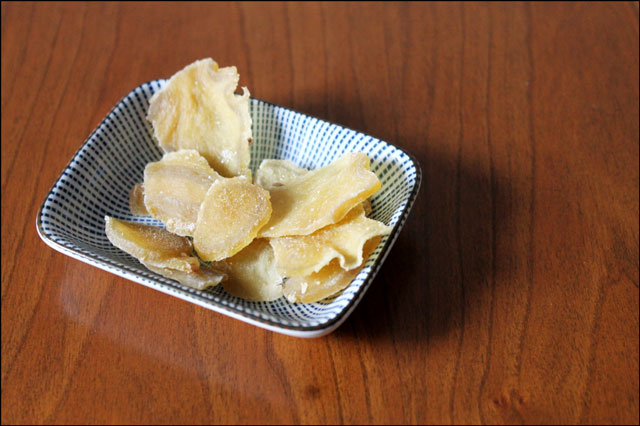