The Old and New Come Together Beautifully : The Dineen Building Renovation

Hi! Now that the holidays are over, I am going to back up a bit and talk about something neat that my friend Kim and I saw the day we went out before Christmas (posted about here).

Kim is relatively new to Toronto and I’ve lived here since I was 4 (well, I grew up in a suburb called Mississauga, but moved downtown the first chance I got). Being really into architecture the the history of the city, I find myself sharing what I know about the streets and buildings that surround us, when we are out and about together. So when we found ourselves on Yonge Street, just north of King, I pointed out a newly renovated building, called The Dineen Building (located at 140 Yonge Street, at Temperance Street.)

Anyone who has lived in this city will have seen this building at one time or another, since it has been there forever, having been built over 115 years ago in 1897, and sitting on one of our main streets. But most people have probably passed it right by, barely noticing, because for decades it has looked pretty run down and unloved.

It was built for a company called ‘W and F Dineen Company’, who produced and sold hats, caps and furs.

Over the years, it became quite derelict, and had it not been designated a ‘Toronto Heritage Property’ in 1973, and therefore not allowed to be torn down, it probably would have been considered for demolition at some point. Apparently the ground floor tenant was the only renter, and there were crack dens and mattresses all over the other floors.

Note: I took the picture below later in the day than the rest, as I forgot to get a shot of the whole building from a distance when we were first there, so I got it on our way home …

Here are some historic photos of the building. In the first one, taken in 1903, it is on the far left,

↑ (Also, see the footnote on this post for a picture of that other cool looking building on the right.) ↑

This next picture, taken by Billy How, is from 2010, shortly before the renovation. The sign in the window is advertising its availability for development …

Then in 2012 it was taken on by a developer, Clayton Smith, and has been brought back to its former splendor. (here and here are a couple of newspaper articles about the renovation.)

I’ve been by the building a number of times since it reopened and have wondered about the new glass box that was placed on its rooftop. You can see sparkling lights up there from the street, and the whole thing looks quite intriguing. When I wondered aloud about it in Kim’s presence, she asked, ‘Want to go have a look?’. I’d never thought of just going in and asking if I could see what they had done, but loved the idea.

We first went into the lobby of the front section, and spoke to the receptionist. She told us that most of the building was being used as offices, but that part of the main floor and the sparkling roof-box were restaurants. She also let us take a few pictures, including one of the original lobby sign, that was carved in stone and listed the tenants who were in the building. They also still had one of the old safes. From the lobby we could see into the beautiful cafe, called Dineen Coffee Company. There were a couple of live musicians in there entertaining the customers. I’m not sure if they were brought in especially for the Christmas season, or if that is a regular thing, but live musicians in coffee shops is not a common things around here, so that was pretty special in itself.

Since it was after lunch and well before dinner, we had no plans to eat during our outing, so I thought that was the extent of our visit to the Dineen building, because you can’t really go into a restaurant without eating or drinking, can you? But Kim thought we could just ask to see the restaurants. And sure enough, at both places we were greeted warmly and welcomed to have a look around.

Both restaurants are owned by the same people and are focused on seafood.  We began in the one on the main floor, which is called Chase Fish and Oyster.

Then, we took the elevator up to the roof, where The Chase Restaurant is found.

After explaining to the friendly women at the door, that we were only there to have a look, we were taken on a little tour. So cool!

If you look at the pictures of the building in its original state, you can see this chimney on the roof. It was neat how they incorporated it right into the decor, adding a vintage element to an otherwise very modern looking space.

The vibe was very warm and inviting … the guests really seemed to be enjoying themselves, and the food looked great.

There is a third restaurant in the building too — a more casual seafood place called Little Fin. I’ve since taken a look at their menu and the food sounds really good, and is very reasonably priced.

Thank you kindly to the staff at The Chase, for letting us have peek inside your great looking restaurants, located inside a beautiful building with a wonderful story to tell. I apologize in advance if this post leads to you having an influx of other curious lovers of historic places, who are also interested in seeing what has been done to The Dineen Building.

Footnote : In the historic photo above, taken in 1903, there is another neat looking building on the right. It is called ‘The Confederation Life Building’ and is also still standing. I got this shot of it the same day I was out with Kim. I previously wrote a post about it here.

These stories were linked to.
Without a Plan : An Afternoon Outing and a Meeting With Santa 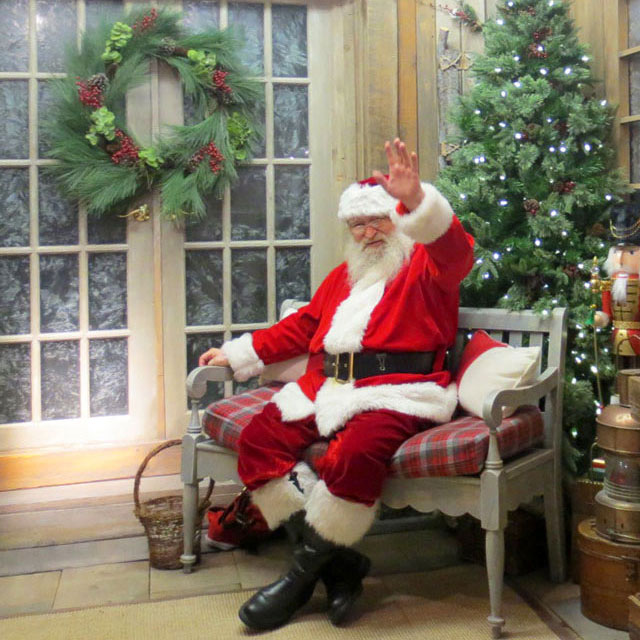 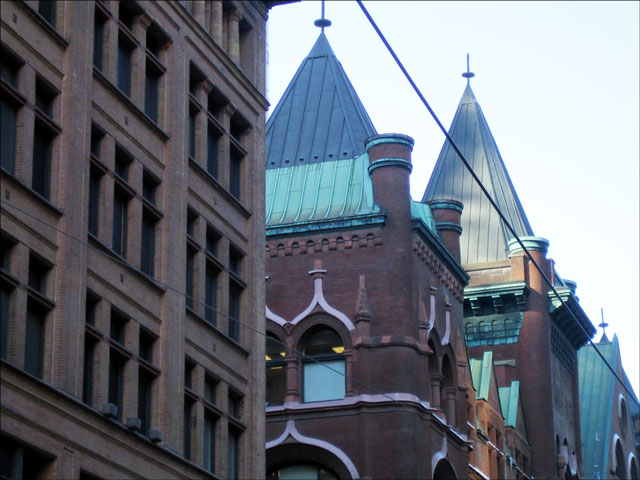