A Great Toy Store and Some Easter Gift Ideas 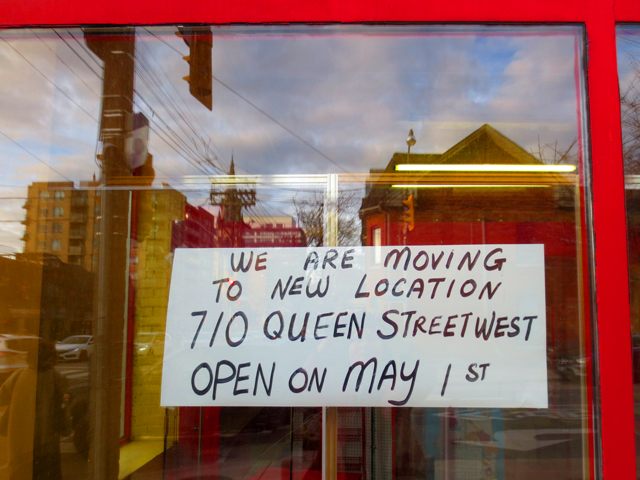 I’ve mentioned this awesome independent toy store, The Toy Terminal, located just south of Queen Street West and Bathurst, at 165 Richmond Street, before. We don’t often need to buy toys, but whenever we do this is definitely the place we go. They have such a great selection of interesting things that I know I would have loved as a kid.

My cousin Lisa recently sent me some funny pictures of her and her family playing a game I got them there for Christmas. It’s a card game called Mimiq and involves making faces to win suits of cards from your opponents. Lisa said it was really fun to play. The pictures sure look like they were having a good time. I was surprised (and appreciative) to see that even her husband got into the act.

I sure wish I could be there playing it with them, but alas they live a plane ride away. Lisa also sent me a picture of her nine year old son Owen, with the Lego toy that I’d also found at Toy Terminal. I thought it was neat, in that with the one building kit he could make a helicopter, plane and a ship, by reusing the pieces in different ways. After getting her favourable feedback on the game and the Lego, I thought I’d pass it on, as these would both make a good Easter gifts for those baskets that are being pulled together right about now.

I dropped in to the store last week to make sure they still had these things (they do!), and while I was there I looked around for other Easter basket ideas. The couple who own it are so nice and really know a lot about what kids will like. The gentleman has been in the toy business for over 20 years. They stock things in a wide range of prices with their focus seemingly on quality toys that make children think, while still being a lot of fun. While checking out the shelves, you see a lot of stickers indicating award winning items. ↑ So many cute stuffed animals, including a whole shelf of rabbits ↑ ↑ Silly Putty is packaged inside an egg, making it extra perfect for Easter. And it’s only $2. They also have Play Doh. ↑ ↑ Lots of things for the makers, including classic Crayola Crayons ↑ ↑ These cool looking cars are about 6 inches long. ↑ ↑ A large variety of card games, including Mimiq ↑

If you need a gift for an older child or adult, they also have a great selection of jigsaw puzzles and board games.

While it’s a pleasure helping to get the word out about this wonderful store, simply because the people running it are so lovely, the posts I’ve done about the place are somewhat self serving — I want to do whatever I can to ensure that The Toy Terminal stays in the neighbourhood, because nothing beats how quickly I can get my Christmas shopping done for the children in our lives there. Located in an area where not many children live, this shop relies on the local aunts and uncles (including the honourary ones) and grandparents.

Here is their Yelp page – Toy Terminal. Clearly I’m not the only one who thinks this a a really good store!

Thanks for checking out my post. I hope you’re having a great week.
xo loulou

At the Art Gallery – Outsiders : American Photography and Film 1950s to 1980s
Thrift Store Finds
You May Also Like
A Toy Store(y)A Cat Doll Made From SocksSending Love Across the Miles : Origami RabbitsA Handmade Purse for a Cute KidHow to Make a Ribbon and Buttons Gift TopperChecking out Eataly Toronto