This is a ‘Use It Or Lose It’ post, in that if I don’t get it up now, it will soon look like very old news.

Since I’ve begun to blog I have found myself with stories at the end of each season that I didn’t get up in time for them to be relevant so I just didn’t post them. But this fall, I’m going to try to get them all up, so stay tuned for some pumpkin-roasting and cranberry-sauce-making even though our Canadian Thanksgiving (posted about here and here) was almost a month ago! But, there is still the American Thanksgiving coming up, and they eat Pumpkin Pie and Cranberry Sauce too, so phewww … I won’t be totally out of date.

So anyway, no, we are not still wearing tank tops, shorts and plastic sandals outside here in Toronto (although I never wear plastic sandals out on the street but that’s beside the point.) While the weather has been very nice this fall, it hasn’t been that warm for a while.

These pictures of a trip to our favourite video-game store (EB Games at Spadina and Queen Street West) were taken about a month ago. Going to this store is a bit of a fall tradition for us, as the new games come out in the fall and early winter so we see what goodness is coming our way since we usually give each other one game in our Christmas stockings. (This year I’m really looking forward to the new Thief game. But damn, in writing this post I just saw that it is now not scheduled for release until February. Oh well, something to look forward to).

Also with the weather turning to stay-inside-in-the-cozy-warmth territory, this is also the time of year to peruse the rack of used games and pick something out to play right now.

This is not to say that I didn’t play any X-Box over the summer, because I always have at least one game on the go and I actually played a couple of really fun ones lately that Nick had bought last fall, which I’ll be posting about soon.

Not a gamer? Maybe I will convince you to get a console. Not only do we use our X-Box to access Netflix, we both regularly negotiate with one another as to whose turn it is to play. In fact, as I type this Nick is downstairs working out with the X-Box Kinect. And then it will be my turn to do a bit of exercise dancing.

There is something fun for everyone in the game world, and as has been proven, playing is very good for your brain. And I certainly want to have a good brain.

And on that subject, I can’t let this post end without mentioning the news that broke in our city yesterday, when our mayor publicly declared that yes, he has smoked crack cocaine while in office, but only when he was in a drunken stupor. Sheesh … there’s a class act for you.

Thanks for dropping by and wishing you a great Wednesday.
xo loulou

These stories were linked to.
Thanksgiving Dinner For Two 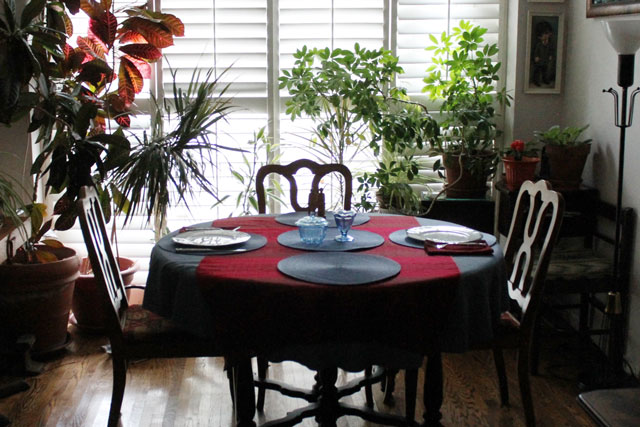 Eddie’s Thoughts : Thanksgiving at Our Place 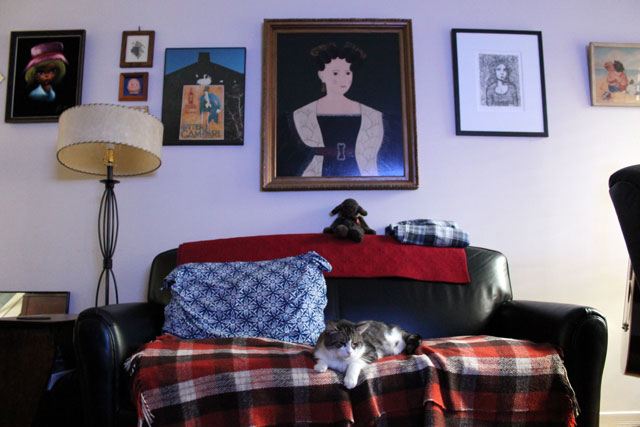