You know that beautiful old bridge towards the southern end of Bathurst Street, that crosses over the train tracks? Remember the abandoned looking weed-strewn lot behind the rusted chain-link fence, that was next to the bridge on the northwest side? If you walked alongside it on a windy day, you’d have to go straight home and take a shower and wash your hair, as the blowing dust was relentless.

That piece of land has been empty for a long time. From what I’ve discovered, it was home to a business during the 1800s, which was cleared away sometime in the mid-1900s. In an old photo from the 80s that I found in the city’s archives, it appears to have been used as an unpaved parking lot at that point, but basically, it seems to have been a waste of good space for decades. Until now, that is.

Check out Stackt, the cool market made from shipping containers that opened in the spring. The whole temporary nature of the containers is due to the fact that the market will only be there for a couple of years, and the city is planning to make a permanent public park there after that.

While I’m glad to hear that we’re getting a lovely new park, having been to Stackt Market a few times over the summer, I sure hope they pick up and move to another dusty empty lot, once their lease is up here!

Not only is the shipping container backbone temporary, so are a number of the independent shops and businesses there — while some will reside at the market longer term, many are pop-ups which will come and go regularly. This means that every time you go, there will be a fun surprise in discovering what’s new.

So, these photos are only an example of what you might find at Stackt Market. I’ve been back since taking them during a visit with Nick at the end of August, and found much has changed in just a couple of weeks.

Oh, and they’ll be open year round, too! In addition to shops, snack bars and bars, they offer all kinds of experiences and events. Follow their Instagram to find out what’s on at any particular time, or see the full calendar at their site, linked above.

↑ That’s a temporary hair salon on the right side. ↑

↑ I particularly enjoyed seeing this pop up photo gallery featuring the work of The Wright Theory. (His show has now ended and I’m still trying to find his Instagram handle, so you can check out his awesome photos. Please get in touch, if you’re reading this!) ↑

↑ The restrooms are in here! ↑

↑ I once lived in that orangey building seen in the background. It’s up on King Street West and is the same one I pointed out in this recent post, about a nice restaurant I went to with my friend Julie. ↑

There’s a micro-brewery, Belgian Moon, and an event space, at the far end of the market. The beer making tanks are located within three … you guessed it … shipping containers. We went in for a beer which was really good.

↑ My vintage bag was a gift from Nick, which he found in Kensington Market, and the glasses were the ones I got there during this recent shopping trip with my friend Meghan. ↑

↑ I love these portable booths. ↑

There’s Stackt Market, photographed from the bridge. I’ve been to see what the old brick chimneys beside the market are connected to. That’s an interesting story, too, so I’ll be back to tell you about that.

Thanks for reading! xo loulou 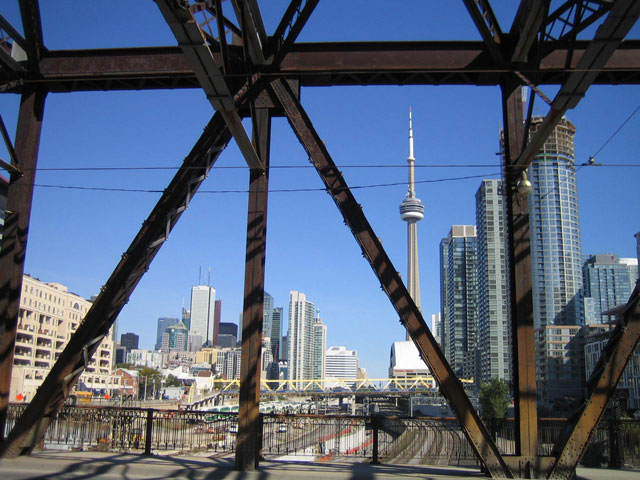 Lunch With Julie : Pizza at a New Place on King St West 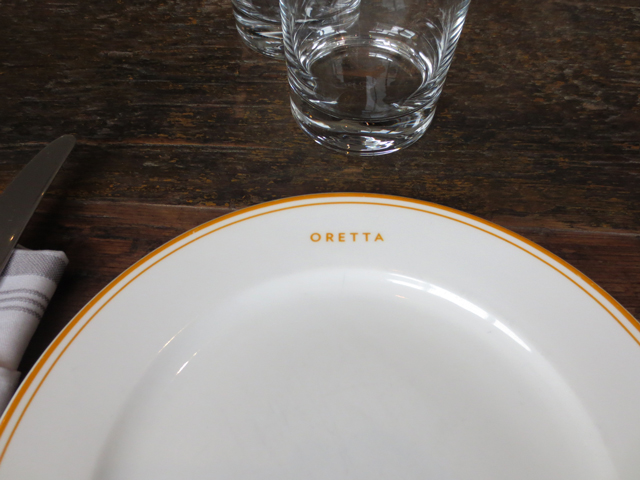 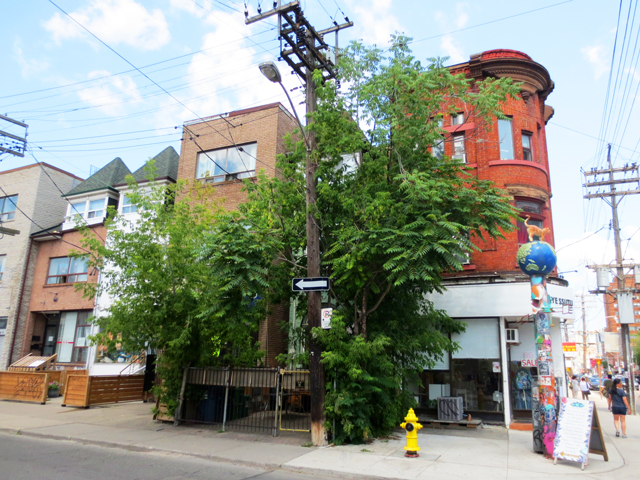