A week ago Saturday Nick and I rode our bikes over to the Toronto east end neighbourhood The Beaches in the afternoon, where we met up with our friend Andrea who was taking public transit.

Thankfully it turned out to be a good time, because our being over there was a result of a screw-up on my part. I’d seen that there was a huge street festival, this one, going on in association with the annual Beaches Jazz Festival, but what I’d failed to note was that this wasn’t going to happen until after 6pm. I’d arranged for us to arrive there three hours too early!

We rode up to the intersection where we’d planned to meet – Greenwood Avenue and Queen Street East – expecting to see the street closed to cars and things all set up for a festival, but instead found the area busy with local residents going about their usual Saturday afternoon business. Oops!

So, while strolling along enjoying live music at 45 different stops along the way was not in the cards, it was nice out and we were together, so the day was not ruined in the least. In fact, while he didn’t come right out and say so, I think Nick was relieved that we wouldn’t be listening to jazz music all afternoon, as it’s not a genre he normally goes for. And I didn’t mind that we were there without a plan, since I’d included The Beaches amoung the places I wanted to visit in the city, on the wish-list I’d included last winter in this post. As for Andrea, she is very laid back and is up for doing most things, so she wasn’t bothered that our original plans had been scuppered by my lack of checking the details.

We locked up our bikes and ventured forth, checking out a part of the city that none of us knew well.

↑ Here it is right after completion. ↑

Thinking that there’d be food-stands at the street fest, we hadn’t eaten lunch, so began by finding a lovely spot on the patio at a place called Whitlock’s for something to eat.

↑ The Vegetable Burger — grilled portobello mushrooms, red peppers and eggplant, topped with avocado and goat cheese — at Whitlock’s was delicious. ↑

Then we walked along Queen Street East for a bit, noticing the beach related decor.

↑ They were beginning to set up the stages for the bands that would be performing later. ↑

We dropped down into a park named Kew Gardens.

↑ The building is part of the historic library which opened in 1914, which backs onto the park. ↑

From there we retrieved our bikes and headed south along Greenwood to the waterfront.

↑ There used to be a horse racing stadium along there, Greenwood Raceway, which opened in 1874, closing 120 years later in 1994. These townhouses with a beachy look and colour scheme were built in the space, as well as another park called Woodbine Park. ↑

The change from bustling city streets to lush beach environment, in a quick 10 minute walk, was quite dramatic. What a nice place to spend an afternoon.

The beaches, pluralized because there are several beaches strung together, cover 10 kilometres (about 6 miles) of waterfront. People have been cooling down in and along them pretty well since Toronto first came to be.

We walked along the boardwalk for about an hour. Nick to Andrea : “Oh no, you’re getting sand in your shoes.” Andrea to Nick : “Well, they are called sandals, after all.”

↑ In case you’re wondering, we did wear helmets when bike riding, and carried our hats in our bag. ↑

Then turned back, retracing our steps to our bikes, seeing Andrea to her streetcar on the way. I must admit that I was pretty tired when we got home, after 20 kilometres of bike riding and about 2 1/2 hours of walking! All in all, it was a summer day well spent.

These stories were linked to.
Neighbourhood Exploration : The Annex 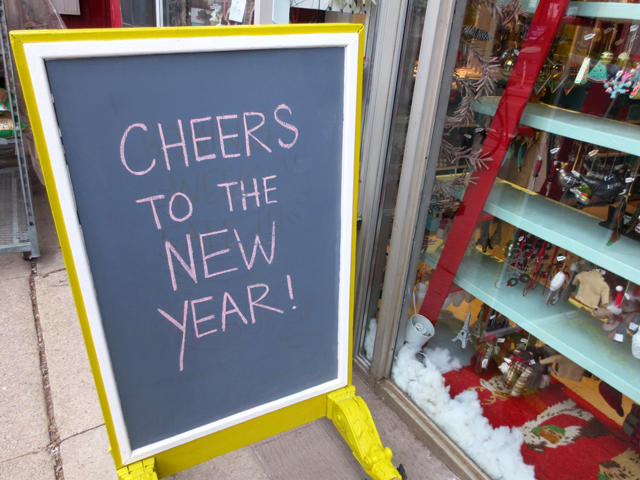