The Wild Side of High Park

In my previous post here, I showed the phenomenon that is hundreds of Cherry Blossom trees in bloom in Toronto’s High Park. After I’d seen the spectacular trees, I parted from the crowds of people in favour of a visit with some of the critters that call the park home.

A third of this large park remains in its natural state, so in these pictures you can see what would be growing all over this area had the city never been built here.

I walked along the bank of Grenadier Pond. There’s a tale about how it got its name : while defending the city from the Americans during the War of 1812, a group of British grenadiers fell through the ice on the pond and drowned. Their bodies were never found, due to the fact that the pond is so deep. Its depth is apparently undetermined to this day because it can’t be measured, due an seemingly endless layer of mud. Then again, there is a second theory about how it got its name, which is a lot less morbid : during the war the grenadiers would go fishing there during their down time.

↑ A Pair of Mallard Ducks ↑

After a couple of hours, I left this calm and beautiful place and descended underground to catch the subway train. This last picture is the view right across from the main entrance to the park and the subway station is right behind the building with the red doors.

1) As I type this I can see an acorn that I’ve had for over 25 years, that I found in the park. It’s still perfect, with its little cap on tight. For some reason I’ve hung onto that nut all these years. Good thing it doesn’t take up much space.

2) Nick and I once went on a picnic in the park with another couple we didn’t know very well, but the ‘picnic’ part wasn’t well communicated, and we didn’t bring any food. So we just sat on a blanket while they ate their fancy food. They shared a little but we were polite and declined, in spite of being starving because we thought the double-date was to go for dinner in a restaurant after taking a walk in the park.

3) A friend once went for a picnic in the park with her boyfriend. They ran into a woman there that they kind of knew, who sat with them. She asked for their leftover mango skin and proceeded to rub it all over her face, giving herself an impromptu mango facial. She didn’t rinse it off and spent the rest of the visit with bits of fruit and juice all over her face. I met her once and she did have the most beautiful skin, though, so she was onto something with that. I’ve never tried it myself, however I sometimes rub leftover lemon peels (the inner part) on my elbows and it makes them very smooth.

4) I first became interested in photography in this park. We had a family friend (now sadly departed) who used to take me and my siblings to the park when we were kids. He was really into photography and the main reason he always chose the park for outings was to take pictures. I have a distinct memory of being about 8 and watching him take shots in the exact spot that I took the one of the Mallard Ducks in this post.

Thank you for taking a look. I hope you’re having a great week.
xo lou

These stories were linked to.
The Cherry Blossoms in High Park 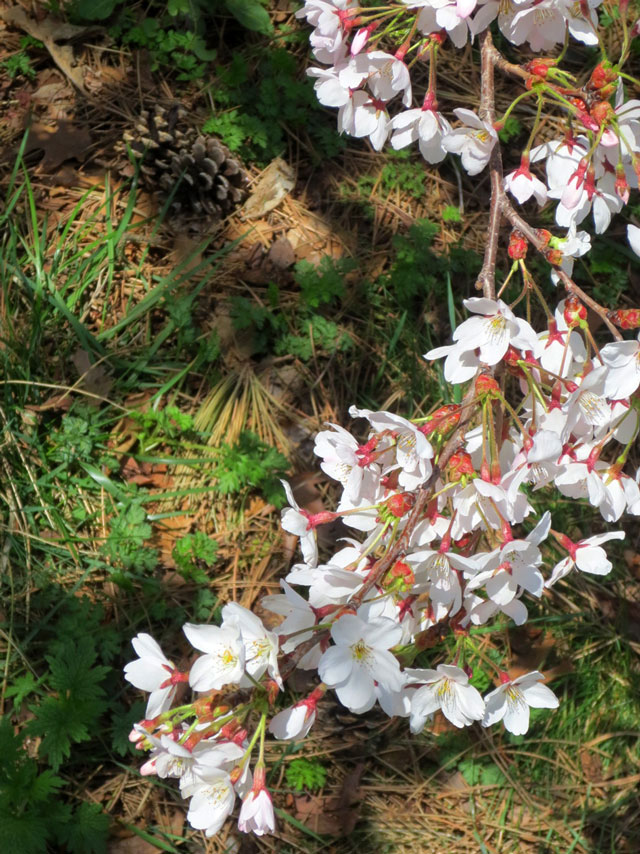