Bouquet of Baubles : Making an Ornament Display with Wire, Salt and a Vase

This is an idea that has been running through my head for a while. You know, the type that you figure out every detail as you’re falling asleep at night. I will cut some of that heavy wire we have in the garage, bend it with my hands and make a loop at the end with some pliers, anchor it in that vase I found with … um, what? … salt … salt will work well, and will look sort of like snow. I’ll use Epsom Salts so that they can be used after so nothing is wasted.

And most times those ideas don’t turn out exactly as you had imagined they would, no matter how many times you go through the steps in your head. Sometimes they turn out better.

My mind’s eye had pictured a more formal upright display, but I had not accounted for the springiness that the wire would afford. As I hung the ornaments on the ‘stems’, the weight of them pulled the wire down, creating a more random and organic looking effect.

Aside: I know I have already shown a different way to display ornaments recently, (with this wall hanging), however I have quite a collection of them that I wanted to take out this year, after having most of them packed away for the past few years. The reason we have this many is that I lucked into a couple of fairly large lots of vintage ornaments a long time ago on ebay. I was fortunate to be amongst the first buyers using ebay, after Nick set us up to buy something he needed. At the beginning of the whole on-line auction thing, there were more sellers than there were people who were trusting enough to buy things on-line. This is all to say that back then, people were clearing out their attics quickly and selling amazing vintage things for very inexpensive prices. For fun (and not because I need any more!) I took a look at the vintage ornaments on sale on the site this year, and was quite amazed at the prices now. However, any lightweight ornaments, new or old, can be used on these.

Anyway, back to making this ornament display …

Supplies: Heavy gauge wire, A vessel with a narrow opening (ie: a wine bottle, bud vase, carafe (I found mine after it had been put out to trash! See the story here)), Some Epsom Salts, Wire Cutters and long-nose pliers.

Fill your vessel with salt using a funnel. Cut the wire as long as you would like, keeping in mind that the weight of the ornaments will pull them down. Following the curve of the roll in which they came, bend them. Using your pliers, bend a loop, leaving a small opening so you will be able to hang your ornaments. Stick the wires in the salt, all the way to the bottom of the vessel, and then hang your ornaments. Add more, until it looks nice to you. It’s like arranging flowers.

Hang a collection of ornaments, as I have done with my pinky purple ones.

This doesn’t only have to be for Christmas … Consider using some blue and silver ornaments for Hanukkah or New Year’s Eve. Imagine silver balls used with an old champagne bottle.

Or you can use the idea to feature a single ornament that has special meaning to you as I have done with this small pewter vase and vintage ceramic angel.

Thanks for taking a look,
loulou

These stories were linked to.
How to Make an Ornament Display Hanger 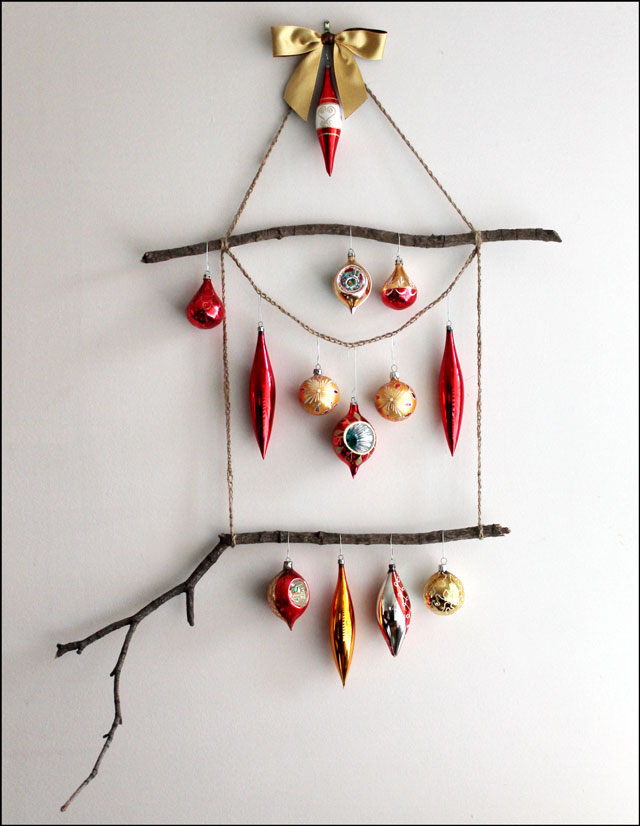 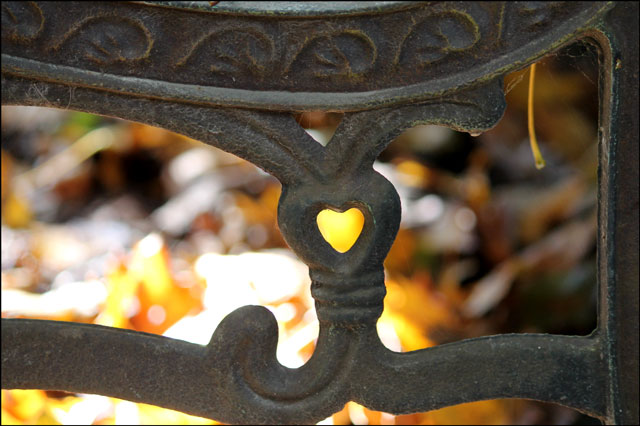