I thought it was a good time to dig into my file of ‘Inanimate Objects that Have Faces’ after hearing that an award had been won by a team of researchers, lead by Kang Lee, from the University of Toronto on Thursday. These scientists looked into this phenomena, called ‘pareidolia‘, and won an IG Nobel Prize for their work. That’s a prize that parodies the Nobel Prize and are given out to 10 people from around the world each year for their research in unusual or trivial achievements in scientific research. (You can read more about this year’s honorees in this article at BBC News.)

So, it has now been proven that humans are hard-wired to see order in randomness. They analyzed brain scans and determined that the same parts of the brain lights up when we see faces in inanimate objects as when we see real ones.

And it’s not only people who see faces … chimps see them too.

Without further talk, here are some of the faces I have spotted during the past several months …

↑ Look out below! It seems that this hotel lobby wasn’t feeling very well ↑

↑ … while this glass of Sangria was quite happy ↑

↑ Speaking of drinks, we has a couple in this club as the Velvet Rope Face looked on ↑

↑ Having a good laugh at the prospect of locking you out ↑

Thanks for giving my site some of your face-time :)
xo loulou

These stories were linked to.
Themed Thursday : I See Faces 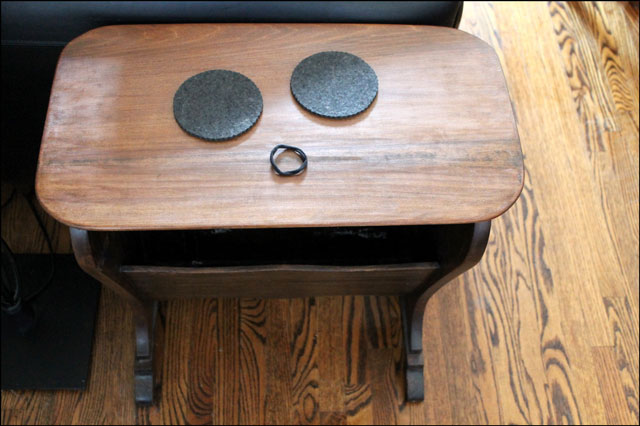