I’ll answer my own question in the title … Anything pretty that spontaneously appears in my yard is considered a wild flower and is encouraged to stay, as long as it’s not harmful in any way. I love them as much as I do the ‘real’ flowers that I have planted (some seen in this post). In fact, I love some of them more because they require no watering, fertilizer or extra work on my part. They appear because they are happy in the spots that they have chosen for themselves! Not like the numerous plants that I have paid for and put in the ground over the years, only to have them die after a couple of seasons! That’s not to say that everything I have planted myself has died, but many species just didn’t make it in my maple-tree dominated yard.

These pictures are of my wild flowers, taken throughout the spring and summer.

While I don’t mind them, to some people all these plants are weeds, and are something to be eradicated from the garden. Of course, some weeds can’t be allowed to thrive, even if they look nice, and, over a few years, I have managed to get rid of any stray ragweed that used to find its way into my garden, because it’s bad for allergies; I’m allergic to it myself. I’ve also managed to wipe out the “Strangling Dog Vine” that was growing freely when we moved in, because it’s an invasive species that’s harmful to indigenous plants.

Actually, with the exception of the controlled wild flowers shown in the photos above, over the past decade of living here, I have managed to significantly tame the jungle that was the yard when we moved in.  In fact, shortly after we moved in we received this dandy of a note in the mail from some unknown grump. It arrived at the beginning of April during the very first spring we lived in our home. We had only moved in the previous October and had never seen what was already planted in the yard and garden. New home owners who are interested in gardening are always encouraged to let things grow the first summer, before digging or cutting anything, so you know what is already in the garden. Also our last snowfall here is often at the beginning of April so this ‘friendly’ note arrived while there was still snow in some pockets of the garden. Needless to say, we were shocked but also a bit embarrassed. I got right to work cutting and trimming everything. I still have memories of the large and healthy herbaceous perennial* that I killed in my effort to get things in order. (* those are plants that bloom every year but completely disappear underground for the winter and early spring.) To this day I would love to know what I killed and how long it had been growing there.

This note was received by us a whole 10 years ago, so you might wonder why I have it so handy that I could dig it up (pardon the pun) so easily to take a picture of it. Well, I keep it to remind myself that I never ever want to turn into the kind of person who anonymously sends this kind of letter. Oh sure, I have been tempted over the years and have written some dandies in my head, “Dear Mr. My Ragweed Forest is Beautiful”, and “Dear Mr and Mrs. We don’t care if someone breaks an ankle on the ice outside of our house, we are never ever going to shovel the snow”. While I have been tempted, of course I haven’t because we all must live happily together with tolerance. I really love how our note-writer tried to sound like they were being nice by saying we had the nicest house on the block (we don’t) and then thanked us at the end!

That all said, our neighbours are generally quite nice, and I’m pretty sure it wasn’t anyone we now have gotten to know who sent that nasty note. But, to this day, I remain so curious to know who sent it.

Here’s wishing you a wonderful Sunday! Thanks a lot for your visit.
xo loulou

These stories were linked to.
Flowers in the Garden 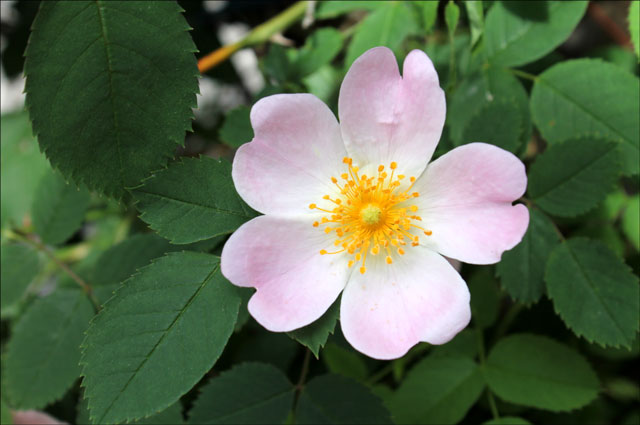