Pool at The Rivoli and Other Birthday Highlights – 2019

It was my birthday recently and when Nick asked me what I’d like to do, I didn’t have to think for long before requesting a few games of pool.

We went to The Rivoli Pool Hall (which is upstairs from the restaurant at 332 Queen Street West, Toronto.)

The first hour of pool is free with your drink purchase everyday between 4 and 6, and we got there around 5 so that was a nice bonus. Otherwise, it’s $12 per hour. There were only two of the 11 tables occupied when we arrived, but it filled right up.

↑ They have skylights which let in more natural light than you might usually get in a pool hall. ↑

We used to play pool quite a bit when we first got together but, for one reason or another, it fell to the wayside. The fact that Nick was logged into Amazon ordering us each our own cue and a (romantic) carrying-case for two, the very next morning was a good indication that he thought pool was a good idea, too. We plan to make pool hall dates a regular thing again!

After we went for a sushi dinner just down the street at Saku. I’m boring when it comes to choosing my birthday meal and we always go for sushi, with the last three years going to this same restaurant! This time we even sat in the same seat as we did last year.

Nick had made dessert — Lime Soufflé Pudding Cakes — so we went home for that. They were delicious.

Now, I’ll back up to the evening before my birthday … We went to our friend Andrea’s place for drinks, snacks, and most importantly, to meet this little sweetheart.

Gigi is Andrea’s new baby! She was a rescue from a hoarding situation, and is around 9 months old. To put things into scale, her head is about the size of a tennis ball. She is friendly, very talkative, and totally adorable.

She helped me unwrap my gift, which was an attractive and interesting book called “Women Design” by Lilly Sellers. I look forward to reading it. There’s a good story about it including some nice photos here at Wallpaper*. Andrea and Gigi also gave me a concert ticket so there’s more fun to come!

The morning of my birthday, I awoke to Nick bringing me a special delivery — My dear cousin Lisa (mother of Delilah) sent me a remarkably gorgeous bouquet of flowers. She ordered them from Wild North Flowers, where everything is locally grown in Ontario. The arrangement was beautiful when it arrived and continued to be throughout the week, as it evolved, with more buds opening and petals unfurling. It was a wonderful and appreciated surprise, from a beloved lady and her family, who live way too far away.

I got downstairs to find a cutely wrapped stack of gifts. But before I opened them, Nick called me over to the window to see the birds.

There was this tiny pair of House Finches out there.

There were also a few sparrows in the bushes as well, who were eagerly pecking at and eating all the forsythia flower buds they could get their beaks on. I made some sort of a comment about needing to get a bird feeder so they’d leave my plants alone. Nick laughed a bit more than expected at that. I later saw why — there was a bird feeder amounst the gifts he gave me! — It’s this one in green, from Lee Valley

There was also a small box of chocolates from Dufflet, and a screen printed linen-cotton tea towel made in Toronto by Cabin Journal, which he found, along with the card, at Kid Icarus in Kensington Market. (For years he had a trusted gift and card store in our Queen West neighbourhood, but it recently closed down, so I suggested Kid Icarus become his new go to. I previously wrote about this cool shop here.)

He also got me a pair of dreamy slippers from Ugg. They’re the Coquette style, which he went to the Ugg Store at Yorkdale Mall to get. I love them!

My parents sent some money which I plan to spend at The Bay Queen Street, or maybe on a pre-loved Coach bag that I have my eye on on eBay. I’ll let you know in another post.

↑ Andrea always chooses cards with cats fur me, which are purrfect. This one is meow-t of this world. (Sorry.) ↑

Thank you for reading and to my friends and family for the birthday treats and well wishes. You’ve made getting older a little bit easier! xo loulou

These stories were linked to.
A Handmade Gift for a Dear Young Person 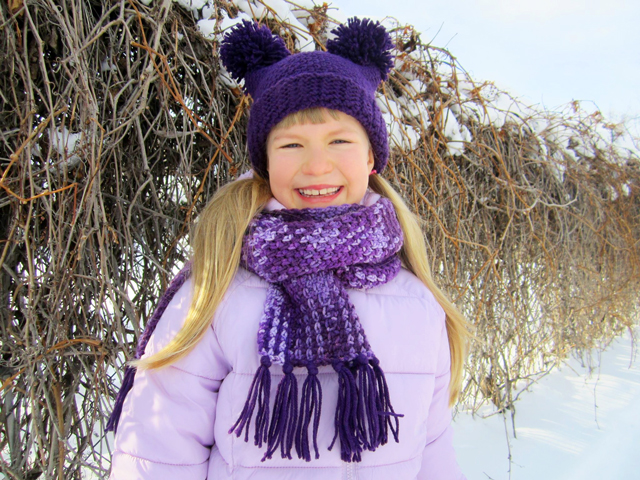 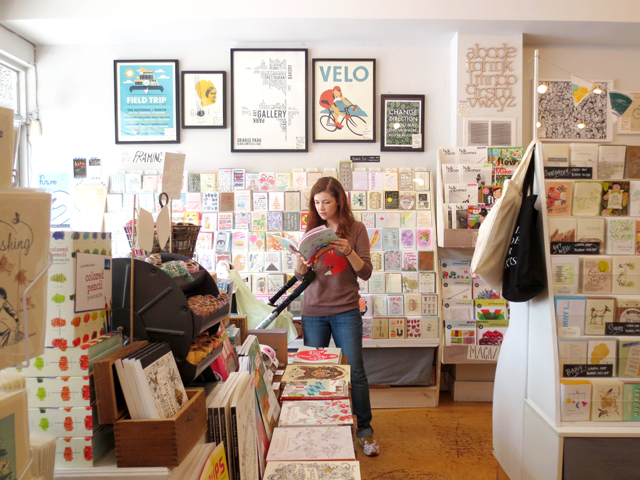