Snow Day in Toronto: the Day After a Big Storm

A week ago Monday, it began snowing in Toronto in the early morning hours and continued to do so, without a letting up for a moment, for the entire day and night.

When it was over, over 33 centimetres had fallen in the downtown part of the city in 24 hours. The last time there’d been this much in one day was over half a century ago, on January 23, 1966, when 37 centimetres fell in a single day.

To put it into perspective, we usually get a average of 122 centimetres a year, spread over 41 days — that’s about 3 centimetres per snow day. On Monday, January 28, 2019, we go over 10 times the average!

This is no big whoop for those living to the north, east and west of the city, as they always get more snow than we do … I’m waving at my parents now, who live in Barrie, which one of Canada’s 10 snowiest cities. However, now we can no longer say the areas outside of the city “always” get more snow, because on the 28th, Toronto beat the surrounding areas for the first time in recorded history, for quantity of snowfall.

That is all to say, that we got a shockingly large amount of snow here one day last week. Schools were closed, public transportation was in chaos, and motorists were asked to stay off the roads so snow plows could do their thing.

I bundled up the next day, and went for a walk to have a look at the aftermath, and to take some pictures …

↑ Into the little park called St. Andrews, on the north side of Adelaide St. W, west of Brant Street. ↑

↑ Across from the park stands one of my favourite old houses is on the corner there. It would have been built in the mid to late 1800s. Unfortunately, there’s a big sign out front suggesting that it may soon be demolished and both these historic buildings replaced by yet another condo tower :( ↑

This scene is so reminiscent of the snow filled paintings of downtown Toronto homes that Lawren Harris, created in the early 1900s …

And, since we’ve looked at the recent snow situation on King Street West, this would be a good place to pop these cool historic photos of a snow storm that happened in Toronto 58 years ago. They’re taken at the corner of King Street West near John Street — the Esso Car Wash is on the site of today’s TIFF Theatre.

While the storm depicted in these shots looks like it was massive, I can’t find any reference to it on the web, so it must not have been a record breaker like the ones we’ve just had was.

Thank you for taking a look. xo loulou

These stories were linked to.
At the Art Gallery : Steve Martin Curates the Art of Lawren Harris 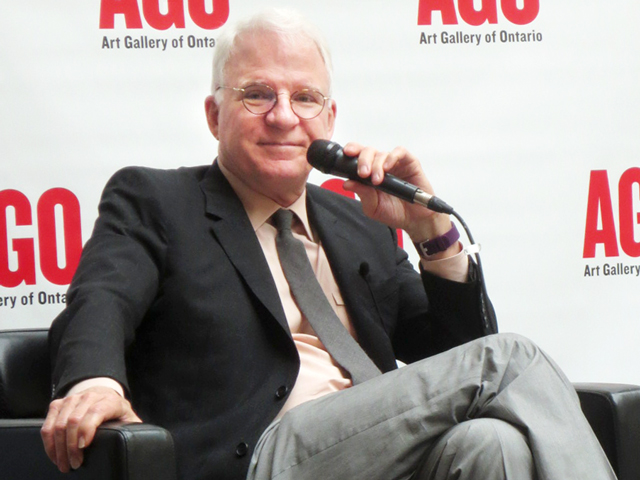