Hi. Here is the monthly post where I put all the pictures that I liked but that didn’t find a home in any other story. I hope you like them.

( 1) No Flyers Please – This picture was taken on an evening walk, during what is called the ‘magic hour’ for photo taking or film making, when the light is perfect giving you the best colours and softer shadows. This happens twice a day, in the last hour of sunlight and the first, so there is also one in the morning when the sun is coming up. I rarely get outside in time to catch that one, and if I am outside I’m usually not strolling about snapping pictures.

( 2) Golden Church – And while we’re talking about quality of light, this shot of the details on a church’s spire was taken as the sun (coming from the west) just poked out between heavy cloud cover. I didn’t even have a chance to get a second picture of the scene before it was cloaked in gloom once again.

( 3) Green House – I pass these houses on the way to the park and I never tire of seeing the pretty green one. These are examples of Toronto’s first row-houses west of Spadina Avenue and would have been built around 1910.

( 4) Pigeons and Men in the Park – Speaking of a greenhouse, this is the park that surrounds the Allen Garden greenhouse I visited (and told you about here). As mentioned in that earlier post, this is some of the oldest dedicated parkland within Toronto, having been donated to the city by a fellow named George Allen in 1858, for the specific purpose of always being used as a public green space.

( 5) Sunday in the Park – While on the subject of parks, here I am in my ‘usual’ one, Trinity Bellwoods. The interesting part about this shot, aside from the seasonal colour, is that this was taken right in the middle of Sunday afternoon, when the park was filled with people. This shot was a fluke in that there were no people on this usually busy path at that moment.

( 6) Orange Lotus – While not really being a car person in general, I do admit that a nice sports car catches my eye. This orange Lotus looked like it had been placed in my path, based on its colour that goes perfectly with the season in which I saw it. (Care to see more cars I’ve spotted about? Maserati, Bentley, Lamborghini)

( 7) Oak Leaves – Sure, there are yellow, orange and red leaves all over the city right now, however there aren’t many of these specific type. Oak trees are native to this area but many of the original ones were cut down over the years to make room for development. I’ve noticed in recent years that now, on any construction site with a mature tree on it, there is a fence around the tree and a clear sign stating that it is protected and must not be harmed by the construction.

( 8) Skeleton in a Window – You might very well think that this is a seasonal Halloween decoration, but it isn’t. Rather this skeleton, sitting in a somewhat provocative position, is beckoning people to enter a Chinese Healing Centre on Dundas Street West. (Taken after this walk home from the art gallery when we saw the David Bowie exhibit and had lunch in Chinatown.)

( 9) Streetcar Parking – I caught this site beside the garden centre that we went to recently to get flower bulbs that will bloom in the garden in the spring (discussed here).

(10) Berries – These berries are in our garden, hanging on a vine I planted in the first summer we were here. I’m not sure what they are or it they’re edible, but Nick actually tasted one and reported that they are very bitter.

(11) Squirrel – The squirrels have plenty to eat right now in the maple trees that border our garden, where they are busy trying to consume every single maple key there is.

(12) Downtown Mama – It can’t be easy when your baby chooses to be carried rather than pushed in the carriage.

(13) Side Street Scene – The boy with the dog is part of a larger mural painted on the a side street just off Queen Street. I like how he went the pictures on Matryoshka Dolls in the window. (I only know what these Russian Nesting Dolls are called because I googled them!)

Thank you very much for taking a look. I hope your week is off to a great start.
xo loulou

These stories were linked to.
A Visit to the Enchanting Allan Gardens Toronto A Sunset, Fancy Car and Possibly the Best Bike Ever 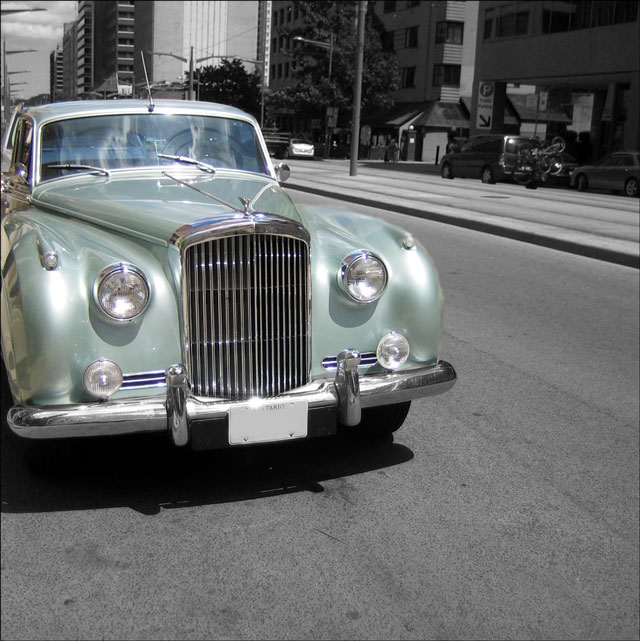 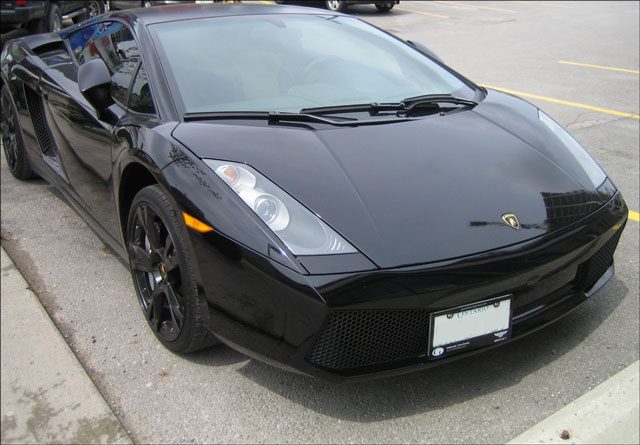