It is ‘Take Tuesday’ and the Theme is : Open Land

I shall begin by saying that I’m not trying to be overly clever with my photos for my entry in the “Take Tuesday” Photography themed photo series, topic is “Open Land”.

When I saw what was to be the subject of this week’s post, I had to really think about where I might find some open land somewhere around me.
Then, the idea to use some pictures I recently took of an interesting archaeological dig came to mind. Why, this is quite literally “open land”.

I’m not sure if it’s the same in all cities, but whenever construction is proposed in a spot, a team of archeologist must first examine the site. On this particular one, there was a parking lot there for as long as anyone, except the longest term residents, can remember. I recall being taken downtown to see a play at the theatre across the street when I was a child, and parking the car in that lot.

What the recent dig exposed were evidence of a home that once stood there. Since Toronto is a relatively new city, the Victorian Era homes, built between 1850 and 1900, were the first structures ever to be built on the land. Before that this area was a forest.

Included in these pictures are shots of the dig itself, as I was fortunate to pass by just as the archeologists were there. Then there are a couple of shots of the land covered over again, once the research had been completed.

This sign tells of what is being proposed for the land. Interesting that they are going to put a park in there, in addition to an 19 story condominium building. I suspect adding the park is trade-off for asking that the bylaws be revised!

The final few shots are of the homes still standing beside where this original house was demolished. The building with the (inactive) smoke-stack is connected to a block of buildings that lead down to King Street West. This stretch of King Street is quite gorgeous these days, as many of the old buildings are still standing. (I did a post on a little peek I had inside one of them this summer, here.)

I included this last picture of a crow, perched on the corner of a newer building across the street, because as I was there yesterday taking the pictures of the homes, it cawed incessantly the entire time I was walking around. Caw caw caw … It made me realize that I have never heard a crow calling out like that in real life. It was a sound I recognized from movies. Crows are migratory, so I think this one was passing through on its way south for the winter.

Please consider clicking over to see what other participants in the Take Tuesday Photography Series was done with the theme Open Land. Next week it’s “Utensil”.

Thank you very much for taking a look. Hope your Tuesday is a good one.
xo loulou

These stories were linked to.
Inside a Beautiful Old Building 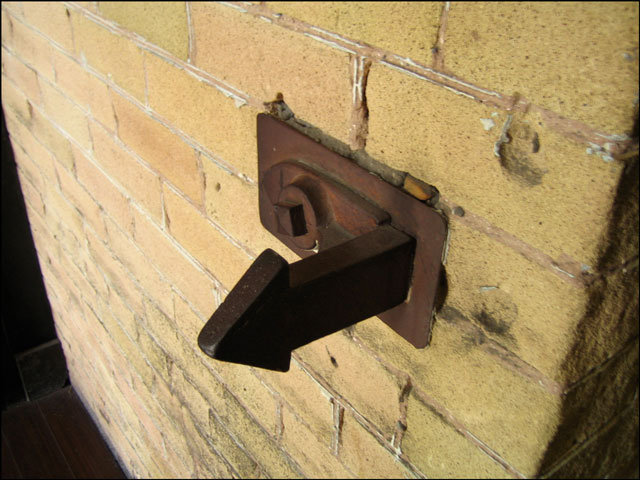