It was my birthday recently. I can’t say why, but I tend to keep it quiet and usually just celebrate a little with Nick and my parents. Most of my friends don’t even know when it is, not because it’s a secret or anything, but because … well, I don’t know really, it’s just not something I talk about much.

Then this year Nick and I were talking about going dancing and the subject came up. Andrea was going to come with us and it would have been weird and awkward if I didn’t mention it was my birthday. Our friend George came along as well.

We went to a place we like, called The Velvet Underground. The alternative music they played was great and we danced a lot. It was really fun.

On the actual day of my birthday, Nick and I went out for Sushi at our favourite place for it these days, To-ne (I wrote about it here).

Care to see some of the lovely gifts I received?

These earrings and bracelet were from Andrea. She got them at Trove, a Toronto accessories boutique, with three locations in the city. They feature Canadian independent designers. Seeing their distinct bag was a thrill in itself. The jewellery was made by Jon Klar, out of anodized aluminum, so they are very light. Such a unique and special gift.

I love the card …

George also gave me a pair of earring. They’re shaped like swans and he got them during an exciting trip to India he just went on. I’m thinking that I will remove the charms and attach jump-rings to them. Then I’ll be able to use one as a pendant on a chain, and also still use them as earrings. [Follow-up : I’ve ended up mostly wearing one of the swans as a pendent and it gets lots of compliments!]

These next things are what Nick got me.

The only idea I could come up with for what I wanted was a new pair of gardening gloves, to replace my old pair that is very worn out. But when I unwrapped these, I thought the request had gotten confused. They looked like elbow length dress gloves. Nick laughed at the look on my face, and said that they were, indeed, gardening gloves.

They’re made by Foxgloves, and he found them at Lee Valley on King Street West. I love them. People who see me out digging in the dirt while wearing these will think that I am very fancy.

[Follow-up : These have turned out to be fantastic … really, they’ve been the perfect gardening gloves, and still look good after two seasons of use. Two (green) thumbs up!]

I was delighted to get this gift set from The Body Shop. The scent is Fuji Green Tea and is dreamy. There is some cologne, body butter lotion, body scrub and bath tea, that came with an infuser. The green tea formulation is meant to de-stress and detox, and contains real tea.

The man knows I love Godiva chocolates, so got me some of those …

And this neat vintage inspired Monopoly game. I loved Monopoly as a kid but haven’t played for ages. I’m looking forward to a game night.

The card at the top is the one he got me. I was wondering who he was calling a ‘Ho’.

I also received an envelope filled with love, from my cousin Lisa and her children Owen and Delilah (I’ve told you about these darling people here). So much thoughtful hand-made goodness, sent my way.

I also got some nice cards from my parents and parent-in-laws, and some birthday money to spend, so there’s a spot of shopping in my future!

It was a great birthday, which left me feeling very loved. Thanks for checking out my post about it.
xo loulou

These stories were linked to.
Sushi for Me and Julie Bee at To-Ne 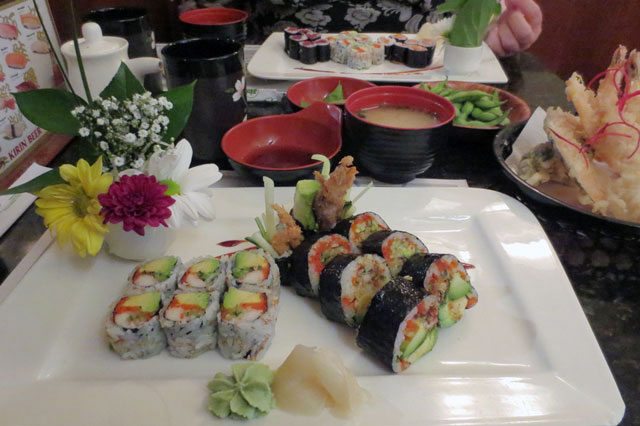 A Cat Doll Made From Socks 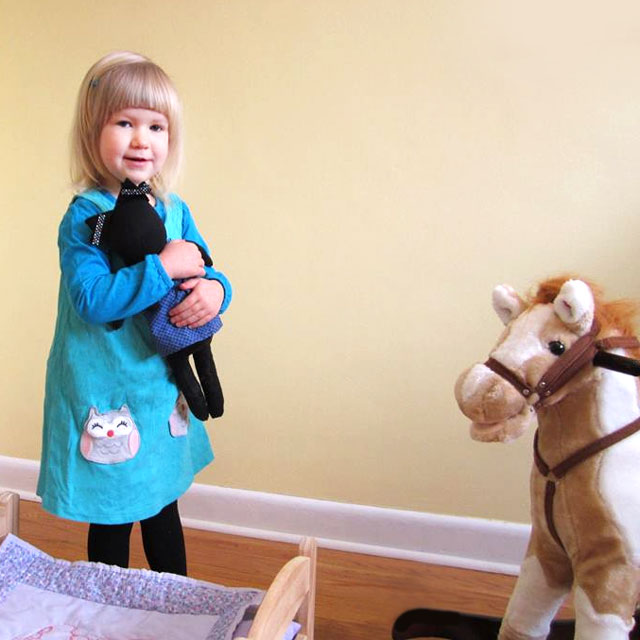