Spiced Molasses Syrup : Good in So Many Drinks

Inspired by a lovely hot drink that I sampled in December at the Christmas Market (seen here) I set out to replicate the warm flavour by making a seasoned syrup, that I could then combine with other things to make a variety of nice tasting beverages, both with alcohol and without.

Now I am in love with this stuff and actually need to make more because I’ve used it all up. The taste instantly brings to mind my favourite Halloween candy when I was a kid – those Molasses Kisses, that used to come wrapped in waxed paper printed with a Halloween motif. I would gladly trade my Skittles and Sour Peaches for those any day.

First, let’s talk about Molasses … We had some in the cupboard because Nick used it recently to make some homemade baked beans. The buying of it was funny though, as we had no idea where to find it in the grocery store. We looked with the maple syrup, jams, honey and sugar, which are all in completely different sections of the store, so we followed one another this way and that, in a Laurel-and-Hardy-like fashion, looking for the stuff. Finally we had to ask someone who worked there. The first person gave us a blank look. She had no idea what we were talking about. Nor did the next guy we asked. Finally, someone who overheard what we were looking for lead us to the section of the store that contains baking ingredients, and there it was. Later when we were in the check-out line, the first woman we had asked about its whereabouts, came over to have a look, asking ‘What is it?’. We told her we needed it to make some baked beans and she laughed. I guess making your own baked beans is a funny thing to do in this neck of the woods. For the record, the beans turned out very nicely.

Molasses is the thick syrup left over from the making of refined white and brown sugar, and contains many of the plant minerals and nutrients from the sugar cane, that are stripped out of the refined stuff. In fact, it has so many nutrients in it that it is most often sold as a component of animal feed. So while our bodies still process it the same way as they do white sugar, at least we get some minerals and vitamins from eating molasses, making it a healthier choice over regular sugar.

In using Molasses as the main sweetener in this syrup (although there is some white sugar in it too) I was trying to make something that added some sweetness to what it was used in, but in a somewhat healthier form. Also adding other flavours to the mix, like clementine orange, nutmeg and cinnamon, my thinking was that a more flavourful sweetener would result in not needing as much to make something taste nice, because we’re all being warned to keep our sugar consumption in check. Now, I’m not claiming that this is a healthy recipe but rather a healthier one versus a plain sugar syrup regularly used in cocktail making.

Oh and the aroma while making this is really worth mentioning. It makes your kitchen smell so good while it’s cooking that it could be used as a room fragrance.

So as not to break up the flow of this post, I put the recipe card for the syrup at the end of the post.

Shall we begin with the drinks with alcohol in them then? In all these cocktails the alcohol used is Rum, although they would taste good with Whiskey too, if you prefer that.

How about some hot ones first, since we are experiencing a wicked cold-snap right now in Canada?

↑↑ Jamaican Coffee Cocktail (which is basically Irish Coffee but with Rum instead of Whiskey) : 1 tablespoon (or to your taste) Spiced Molasses Syrup, 1 ounce Rum, about 3/4 cup of strong hot coffee, and a dallop of unsweetened whipped cream. Mix the syrup with the coffee, add the Rum and top with the whipped cream. Sprinkle a bit of cocoa, cinnamon and/or nutmeg on top if you want.

↑↑ Hot Apple and Rum Drink (Nick says that this tastes very much like what he remembers the adults drinking around the fire on skiing trips in Europe. Yay, I want some of that!) : 3/4 cup Unsweetened Apple Juice or Apple Cider, 1 tablespoon (or to your taste) Spiced Molasses Syrup, 1 ounce Rum. Heat the apple juice until just boiling (I used the microwave oven), stir in the syrup and rum. Enjoy. Note: although this one is under the ‘with alcohol’ section, it can be made without the rum too.

Here’s an easy mix to serve at room temperature …

↑↑ Rum and Molasses Liqueur (make a bottle of this at a time and feel proud to offer your own homemade liqueur) : Equal parts Rum and Spiced Molasses Syrup (or to taste). Mix the two together well. They might separate a bit in your glass after a while, but it looks cool and adds to the experience.

And sometimes a cold cocktail is what you want, but at this time of the year you might choose a drink with warm wintery flavours instead of beach-party ones.

↑↑ Rum and Fruit Juice Cocktail (your choice of fruit juice is nicely complemented by the noticeable orangey flavour imparted by the clementines in the syrup.) : 1/2 cup fruit juice – I used a pineapple orange mixture, 1/2 cup soda water (or more, to your taste), 1 ounce rum, 1 teaspoon (or to your taste) Spiced Molasses Syrup. Mix together well and serve with ice and a wedge of clementine orange or lemon.

And finally, some drinks without alcohol :

↑↑ Use it to add a bit of sweetness to a cup of plain old black tea. So good.

↑↑ Do the same with your morning coffee. In this picture mine was made a bit more fancy with the addition of foamed warm milk (we used this tool which is a terrific little gadget, but you can also make pretty good foamed warm milk with a jar and microwave oven, as shown here) and topped with this mixture of spice sprinkle.

Not pictured or sampled is a mug of homemade hot chocolate, flavoured with some Molasses Syrup. Would be good, right? And how about a bit of rum with that?

In summary, one bottle of Homemade Spiced Molasses Syrup can add a little something to lots of wintertime beverages.

Thanks for checking out this post. I hope you are keeping warm.
xo loulou

Spiced Molasses Syrup : Good for So Many Things

In a saucepan, bring water to a slow boil. Add clementine slices (including the peel) and simmer for about 10 minutes. Strain out the solids and return the orange flavoured water to the saucepan. Over low heat, add molasses, sugar, vanilla, spices and salt. Simmer about 10 minutes, until the sugar is completely dissolved and the mixture is slightly thickened, noting that it will thicken further as it cools.

Pass through a fine sieve or a strainer lined in cheesecloth, to filter out the sediment of the spices that will otherwise sink to the bottom of your bottle/glass.

Use right away in hot drinks or allow to cool. Bottle it up and refrigerate, where it will keep for a long time.

These stories were linked to.
The Christmas Market in The Toronto Distillery District 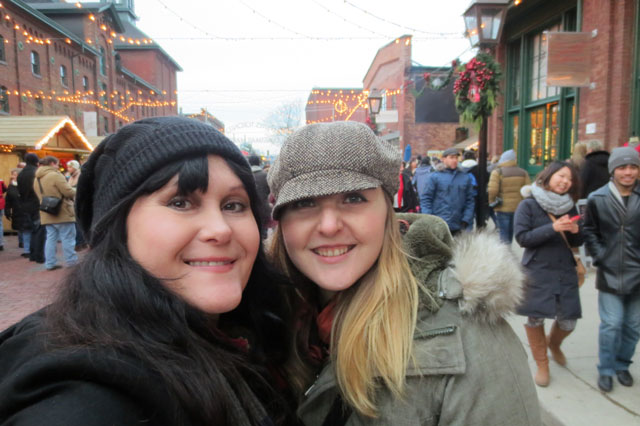 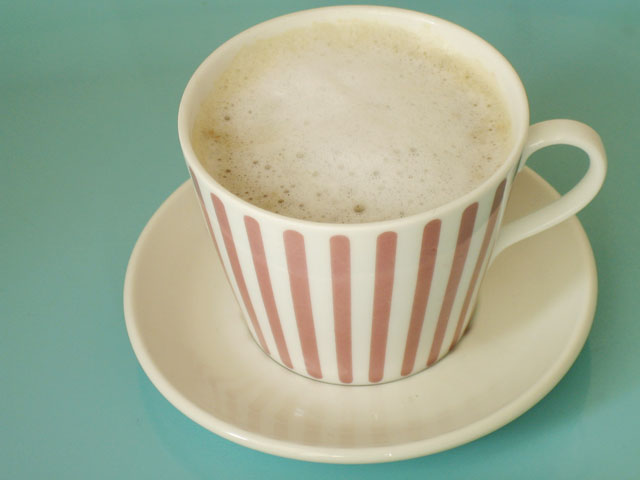 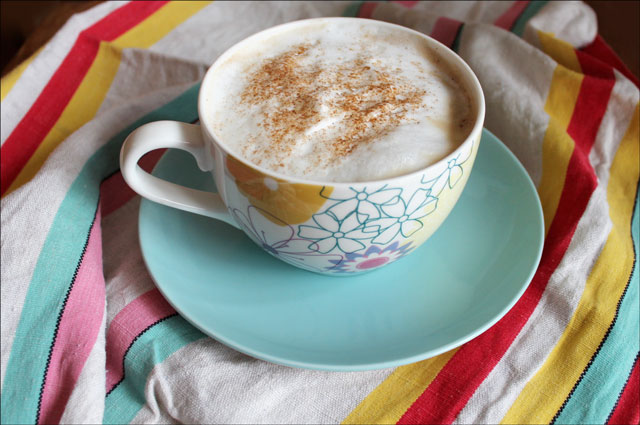