Here are some live action pictures in the kitchen. I grabbed my camera while Nick was serving up our fish dinner on Sunday and I had to move quickly because I was not getting a second chance to get a good shot!

Nick is funny about always using these fish plates whenever we have fish. And for fish only, as they rarely grace our table beneath any other type of food. (I’ve mentioned them before here and posted a picture of the whole set, each plate having a different fish scene, and including a platter too … they were given to me, along with some other things I was buying at a garage-type sale (there was no garage involved) years ago, because it was the end of the day and nobody else wanted them. Apparently everyone thought they were unattractive except me.)

For this improvised meal, Nick baked some Haddock in a coating of ground pumpkin seeds, dried bread crumbs and a bit of Panko. It turned out so well … nice and crispy on the outside and juicy on the inside.

The sauce was onions browned in butter, with a bit of flour to thicken. Fresh herbs were added (tarragon and basil). The liquids were white wine, lemon juice and the water from the steamed peas. That is what he is doing in the picture of him … pouring the peas into a slotted spoon, so the water falls into the sauce below.

And yes, he is wearing a hair net … A habit gleaned from his days working in a restaurant kitchen.

Here’s wishing you a great Friday and a good weekend to come. We have a gala Fashion-Week event to go to tonight. I’ll tell you all about it soon.

These stories were linked to.
Themed Thursday : Fish 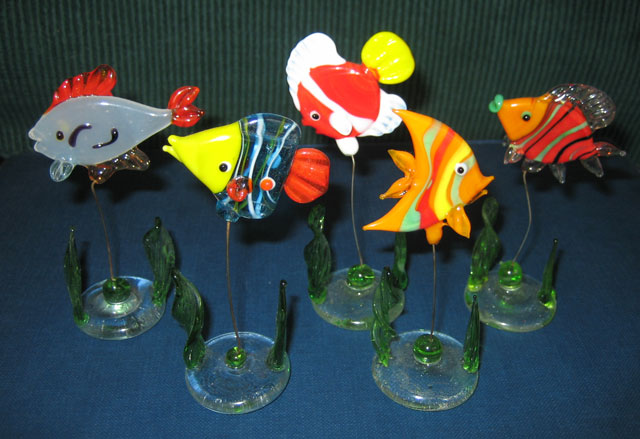