Our Anniversary : Dinner was Wine and Cheese

We celebrated our anniversary last week. It has been fourteen years of love and happiness for us!

A little recap … Our first interaction was online, after a mutual friend who I knew from work and who Nick had gone to university with, introduced us. She wrote, “Nick meet Louise. Louise meet Nick. My job here is done.” We met for a coffee a few days later and I guess you could say it was love at first sight. We were engaged three months later, and married a year after our first date.

We got married in this building that I posted about here, and went to Costa Rica for our honeymoon. The year after we moved into the home in which we live today. Eddie the cat adopted us a couple of years after that.

Like anyone, we have faced our difficulties together, the worse being the discovery and acceptance of being unable to have a family, something we both really wanted. Not to go into excess detail in what is meant to be a happy post, but we have an uncomon form of infertility where everything looks and tests perfectly normal for both of us, but even a couple of years of help from the best professionals in the country didn’t result in our dream being fulfilled.

I mention that in a post about marriage because the statistics for couples facing this particular hardship and staying together are not good. But we have stuck together and found happiness in the different course our lives have taken, finding joy in what we do have … fun, laughter, happiness, respect, support, and above all, love and romance.

I recently read this quote by Lana Del Ray, “when your happiness is someone else’s happiness, that is love”, which really resonated with me, particularly this week.

Readers will know that Nick is the main chef around here. He really likes to do it and is very good at it. (He follows the practices of ‘Slow Food‘ wherever possible with a focus on healthy eating.)

So as a treat and to give him a break from the kitchen, I like to take him out for dinner. I’d like to say that this happens at least once a month, but these days it hasn’t been. Every time we talk about going out, we realize there is something tasty and quick to eat right in our freezer. We bought a small stand-alone freezer this spring and it has really changed the way we eat, because now when Nick cooks something he can freeze portions for later. And it fit right into a spare corner in our laundry room perfectly, so it doesn’t suck up space. It might seem like a boring purchase, but it was a good one for us.

For our anniversary though, we were really going to go out. We began talking about possible restaurant choices a couple of weeks ago, and I looked at all kinds of menus online. I noticed myself drawn to the appetizer sections, and particularly the places that offered a cheese board meant to be shared at the table. I also tried to find a good place that would allow us to bring our own wine and have it served during dinner. (There are some restaurants in Toronto that let you do this by charging you a corkage fee.)

The reason we wanted to bring our own wine was not based on cost but rather on sentimentality. For our anniversary last year, we took a trip to the tropical island of St. Martin. On our way home, we got to the airport with time to spare, so looked around the shops. We went into a store which sold wines and spirits from France (half of St. Martin is part of France and half is part of Holland.) The proprietor of the store was so keen and friendly that we decided to buy a bottle, and bring it home. Then on the plane ride home, we (I) devised the plan that we would keep the bottle for a year and open it at our next anniversary. So, we had this bottle of nice wine, that I wanted to somehow incorporate into this year’s celebration.

Anyway, I couldn’t find a place that would suit what we were looking for, so thus was born the idea to have a little wine and cheese party for two at home.

Picking out the cheese was so fun. I’d read that a proper cheese board has a variety of different hardness on it so I chose based on that. (Towards the end of the post is our complete menu, including details on the cheeses.)

I dressed the table with an old tablecloth with hearts on it, which I bought at the after season Valentine sales shortly after we were married, in the hopes that we would have plenty of occasions to need such a cloth! Over the years it has seen enough use actually, as we use it the week of valentines, the week or our anniversary and the week of Nick’s birthday.

I popped one of these felt and cotton heart decorations that I made for Valentines into a small vase filled with Epson salts to keep it upright. For candles, I used a small collection of silver and stainless vintage goblets and bowls, arranged on a small tray. I filled those with Epson salt too, and placed a tea-candle in each.

The Waterford crystal wine glasses were a treasured gift from my friend Paige, and reserved for special occasions.

The covered glass dish was a gift from my mom. It’s a neat design in that if you turn the bottom part around you have a divided plate with a bowl for dip, instead of a pedestal stand, as seen here. I lined it with a piece of parchment paper cut with some fancy-edged crafting scissors.

This was all set up as a surprise for Nick (after letting him know we would be eating at home). He really seemed to love it, checking out all the ingredients and trying a wide range of possible combinations of flavours.

Menu for our Anniversary Wine and Cheese meal at home :

Wine: Chateauneuf du Pape by Calvet – (Chateauneuf-du-Pape is an historic town in the Rhone Valley of southern France, known for its full-bodied, spicy red wines.)

Bread – Baguette by Ace Bakery.
Fruit – Green Seedless Grapes, Raspberries, Bartlet Pear
Nuts – Roasted Almonds
Vegetable – Arugula Lettuce
Pickles – Spicy Olives (that I made, recipe below), Hot Peppers
Chocolate – Extra Dark (this one)
Smoked Mussels – a good addition suggested by Nick when he saw what we were having

If you’re going to have such a meal yourself, it is recommended that you remove the cheeses from the fridge at least an hour before serving, to bring them to room temperature.

I enjoyed all the cheese choices we had but my hands-down favourite was the soft one, Lady Laurier. It was dreamy.

The wine was good, but I’ll be honest and say that I have a really hard time telling a good wine from a decent one. Sure I know a bad one when I taste it, but am quite happy with moderately priced ones. That is not to say that the bottle we brought home from St. Martin was extremely expensive because it wasn’t, but it was more than what we usually spend on wine, and we recognize it was a treat and not necessary for regular enjoyment.

And we certainly don’t have cheese for dinner very often (as in, we’ve never had it before), but this was such a fun thing to do that I can see it being repeated on a special occasion in the future.

Thank you for letting us share our special day with you.
xo loulou (and Nick too)

These stories were linked to.
A Sunday Walk in Toronto Continued : Where We Got Married 424 Wellingt... 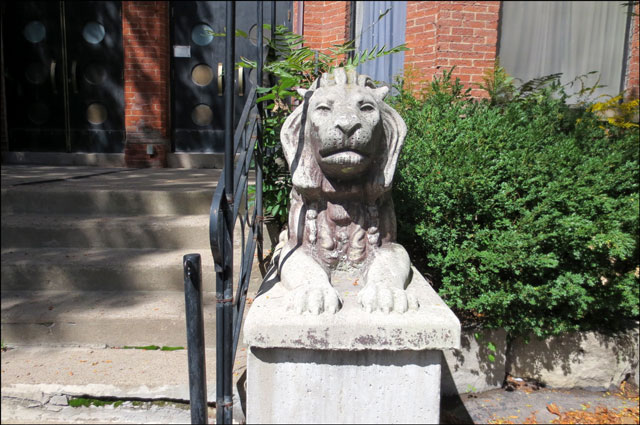 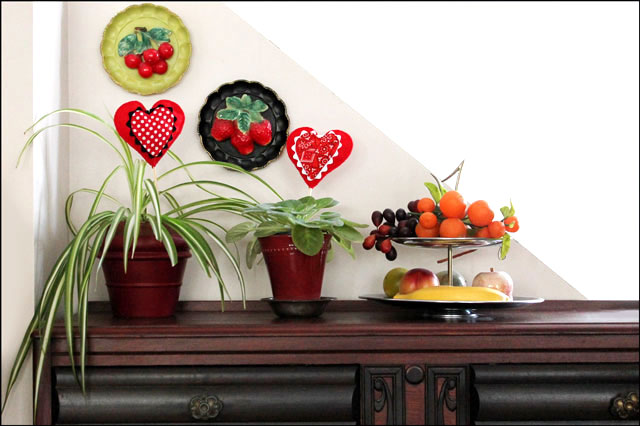