Hello! My friend Stella and I went to a new place in Toronto called Eataly. It’s like a permanent food festival where Italy and Italian cuisine are the focus. There are various counters in a food-court style, a full service restaurant, a gourmet marketplace and learning stations, all together in one large space.

Having opened in November on Bloor Street near Bay (so, easily accessible by subway), this is Canada’s only location so far, although there are plans for one in Montreal, as well. There are also a number of Eatalys in several major cities around the world, and, of course, in Italy where it all began back in 2007. (If you’d like to know more about the premise, history and locations, there’s a Wikipedia page about them here.)

We were there on a Sunday at lunchtime, which, in hindsight, might not have been the best time to visit a new place that people are excited about. It was crowded, especially in the food-court area and there was a lineup for the restaurant. However, the hustle and bustle was invigorating, people were cheerful and the staff were organized and quick.

Here’s a little look around …

While we didn’t get any pictures of us at Eataly, here are a few taken afterward. Actually, this was quite a bit afterward, as they were taken following an epic walk that took us from Bloor and Bay, all the way down Yonge Street, with a stop at The Ryerson Image Centre for a spot of culture, ending up at The Eaton’s Centre and then The Bay. It kind of makes my legs tired just thinking about it, but Stella, who is one of my oldest friends, and I almost always end up taking really long walks when we get together. She lives outside the city but used to live downtown, so likes to see as much as she can when she gets back here. And I’m happy to join this lady who is such fine company and a lot of fun to be around. (For new readers — welcome — I’m the one in the black coat.)

Thank you for reading, xo loulou

These stories were linked to.
Artistic Photography at The Ryerson Image Centre 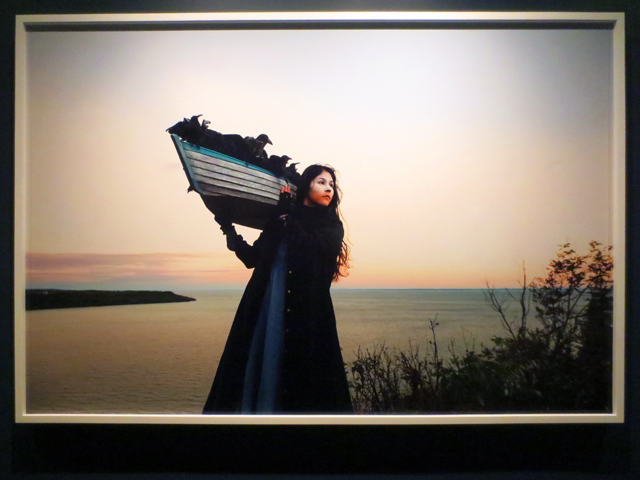