A Holiday Weekend in Pictures

This past Monday was a holiday here, so we had a three-day weekend. Nick, Eddie (the cat) and I went into it with very little planned. So here is what things look like when we mostly hang out at home for three days …

Saturday morning began with a cup of delicious Nick-made cappuccino, which I had outdoors.

Eddie and I watered the plants and cleaned up around the garden while Nick went to get provisions.

Birds and squirrels made good company.

↑ The cornflowers (left) were just finishing up and the hibiscus was just beginning to bloom. ↑

After a lunch of leftovers, we poured ourselves a drink, a white wine spritzer for me and a Guinness beer for Nick, and sat in the comfy chairs for a read.

I am reading The God of Small Things and love it. I picked it up thanks to my online friend Vix’s recommendation, and I can’t put it down. (She’s a real sweetheart with very cool vintage style … you should click on over and check out her blog.)

For dinner we made some pasta with mushrooms, Feta, artichoke hearts, and other good things.

The weather was well below seasonal for this time of year, but we don’t mind it. We sat outside until well after dark.

We spent the next afternoon, Sunday, outside too.

I got into some crocheting.

Nick prepared us a late lunch on the barbeque.

In the evening we watched an episode of The Killing and then hit the hay.

The next day, Monday, we had plans to get together with our friend Andrea. We thought it would be fun to go hang out in the park, and then go out for something to eat, but by the time she arrived the sky was very dark with rain clouds. So we decided to stay inside, order pizza, and play Scrabble.

↑ Andrea took the shot on the left with her phone ↑

Nick won one game of Scrabble and Andrea won the second. It’s been ages since we’ve played that game and we were glad we pulled it out. It was fun.

Later Andrea and I watched a movie (The Best Offer) and Nick caught up on some work.

And that brought us to the end of the holiday weekend. All in all, a very enjoyable, laid-back time.

Thanks for taking a look. I hope you’re having a good week.
xo loulou

These stories were linked to.
Shopping For a New Bag and Observations on a Changing Neighbourhood 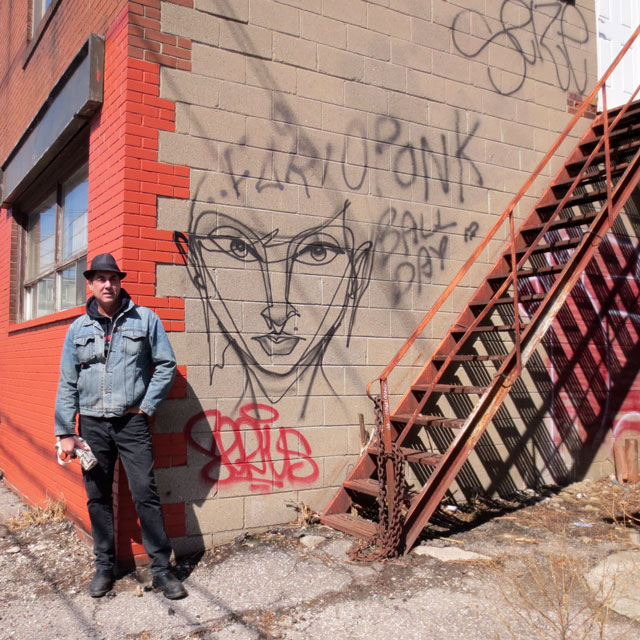 Hot Times at the Park 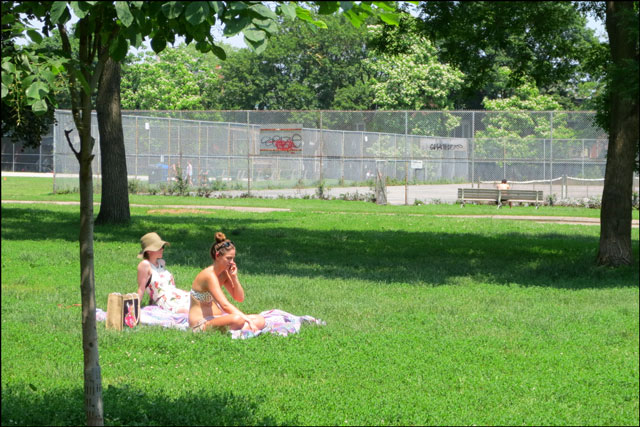