First Barbeque of the Year

On Friday afternoon the computer-server at the office where Nick was working went down, so he came home early. Honestly, the server did go down, and taking the afternoon off had nothing to do with the nice weather.

With this bonus of unexpected time we decided it would be fun to pull the barbeque out from under its winter coverings and grill our dinner.

Since we use charcoal, once we have things heated up it makes sense to cook extra and then have left overs. So for this dinner we had baked potatoes, grilled vegetables and shrimp, and for dinner tonight (Sunday) we’ll be using the leftovers for pasta made with the vegetables and shrimp. While I quite enjoyed the first dinner, the left-overs used in a pasta dish is what I really looking forward to. It will be very similar to this pasta, but with the addition of grilled vegetables.

Of course, Eddie wanted to join the party too.

I think he remembers afternoons spent barbecuing out there in previous years, when he had a great little hiding spot in this area behind him, as later in the season it will be filled in with plant life. Here he is hiding there last summer.

Oh, the first bottle of beer enjoyed outside this year. Most of the time we drink a kind called Steam Whistle, which is actually brewed just down the street.

It was still pretty cool out so we were warmly dressed in flannel for me and a hoodie for Nick.

Pardon my make-up free half open eyes and un-brushed hair.

A squirt of fresh lemon is good on almost anything right? For this meal I put it on my potato, with a bit of truffle-salt and freshly ground pepper. It was delicious and I didn’t miss the sour cream that we didn’t have in the house and that I almost went to the store specifically to get. Ok, I missed it a little bit, but not too much.

I collect vintage Pyrex and rather than saving it for special occasions, I encourage Nick to use it freely without worrying about breaking it. Sure, we have broken a few pieces and sure, I was (secretly) sad about that, but hey, you only live once and it looks so good and is so handy. The way I see it is if a piece breaks than I get to enjoy the hunt of finding a replacement. (That said though, I have begun to draw the line at putting the casserole dishes into the hot oven and bought some new plain Pyrex pieces for that.)

Yes, that is a snow shovel still out there.

This is the blossom of a maple tree. Did you know they had flowers? They’re quite tiny but cheerful.

And apparently they taste good too, as confirmed by this little sparrow who was eating its fair share.

Isn’t is exciting to watch winter turn to spring? There is so much promise for fun in the air. Have you got some vacation plans for this summer? We’re not sure where we’ll be going but we are itching to go somewhere. It has been a long hard winter. Good riddance to that.

Thank you for dropping over and seeing what we have been up to. I hope you had an enjoyable weekend.
xo loulou

These stories were linked to.
Food Friday : Pasta with Tomatoes and Grilled Shrimp 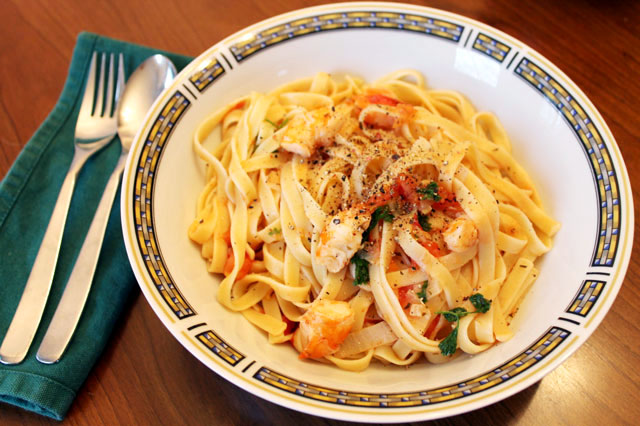 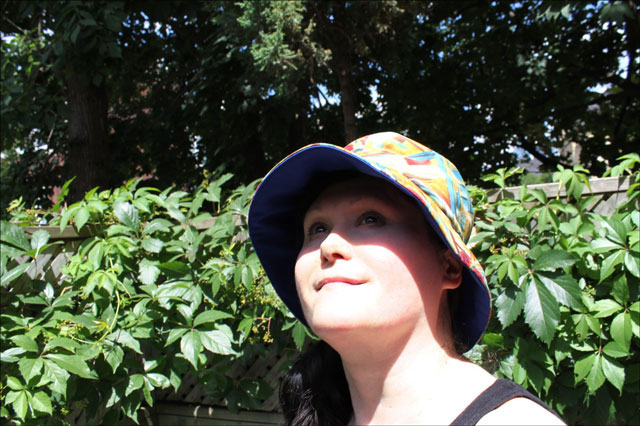