You know that sad feeling you get after something you’d been looking forward to has happened and is now in the past? That’s how I feel, looking at these photos and remembering the awesome time we had at the sold out LP (aka Laura Pergolizzi) concert at The Danforth Music Hall a week ago Saturday (February 9th).

This was the third time in under two years that we’ve seen her perform, and if she were to come back to Toronto again next month, I’d be there again. She is just so good and her concerts are so much fun. (I wrote about the other two shows here and here).

In fact, I’ve only ever seen one other band three times before, (aside from friends’ bands) — that was Rush back in my teenage years. I can credit Geddy, Alex and Neil for my love of going to see live music, as theirs was the first concert I ever went to, after my brother had a spare ticket for an all-ages show, and brought me along.

Around that same time, I also saw KD Lang perform in a small venue, an experience that came up in the conversation Nick and I had before LP hit the stage at this show. I was saying that I believed seeing LP now would be something we would talk about in the future, citing that we’d had the good luck to have seen her perform live before world domination and large stadium shows set in. Readers who were at the show will know how, about half an hour later, we both looked at one another with wide eyes, when LP began telling the audience about the strange dream she’d had the night prior, which featured, none other than KD Lang! In the dream LP was glad that KD liked her music.

The fact that LP has sold out the mid-sized Danforth Music Hall for her past two shows in Toronto, means that the next one will likely be at a larger venue, so this may well have been the last time we’ll have gotten the chance to stand up and dance to her excellent music, amidst an enthusiastic crowd, as a larger venue hear means assigned seats. However, that won’t stop all the singing along!

Or, maybe that won’t happen right away, because, right now, Toronto’s usual “next size up” venue, Massey Hall, is closed for major renovations, which are expected to take two years, so maybe next time LP will schedule two or three shows at The Danforth, so everyone who wants to see her, can have the chance. That’s what some of the more popular bands are doing here, these days but I’ve heard rumblings that a new venue is being built in the city.

Regardless of what happens next for this impressively talented singer/songwriter/performer, I’ll be keenly there, cheering her on, waving in the crowd, because, if she sees your hand up, she smiles her big smile and waves back at you!

Today, LP is touring her fifth album, “Heart to Mouth”, so we got to hear most of the songs from that, plus a bunch from her previous one, “Lost on You”. If you’d like to listen to my faves, “Recovery” and “Girls Go Wild” from “Heart to Mouth” are great, as are “Lost on You” and “When We’re High” from “Lost on You”. But really, I’m stretching to name favourites because every moment of her hour-long-plus-encore show was so good!

The show opened with a special treat — a set by LP’s fiancée, Lauren Ruth Ward. From what I understand, Lauren performed with LP for only four shows in this tour, and this one in Toronto was the first. I’m not sure if there was any publicity about her being on the bill, but it came as a complete (and welcomed) surprise to us.

And then there was LP …

↑ While she was telling us about the dream she’d had the previous night, which included KD Lang. ↑

↑ During her gorgeous ballad, Recovery, with only piano as background. It was breathtakingly beautiful. ↑

And then it was all over …

↑ A badly lit souvenier of a great night. ↑

↑ Waiting for the streetcar to take us home. ↑

These stories were linked to.
The LP Concert at The Danforth Music Hall 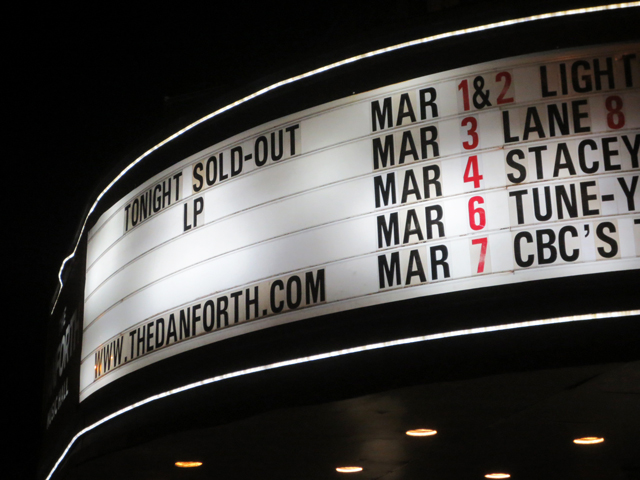 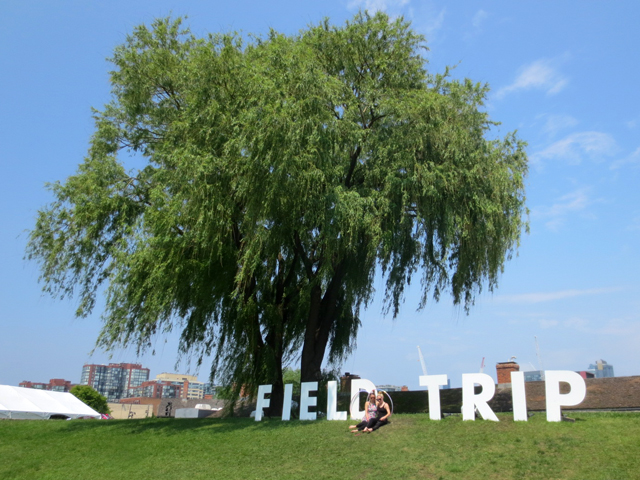