Hello! Today I’ll continue my series describing the places I visited during the citywide “Toronto Doors Open Event”, an annual weekend when visitors are invited to see inside a wide range of interesting buildings, which they would normally not have access to.

So far, there was Part I – the TD Centre in the financial district, and Part II the church at Simcoe and King. I left off having walked north along John, leaving you near the corner of John and Richmond Streets.

From there, I walked westward along Richmond, towards Peter Street, and as I did so, this unique building revealed itself.

Before we proceed, let’s do a bit of time travelling and look at what that area looked like 68 years ago, in 1949 …

↑ The building we’re talking about is the one in the centre of the picture with the “Biscuits” sign. ↑

This story is not so much about the historic significance of the Weston Bakery Biscuit Factory building itself, as, while it is a beautiful old brick structure, in which a whole lot of biscuits were produced in round-the-clock shifts from 1910 until it closed in the 70s, there are quite a few places which are as old as it is, and older, still standing in that area.

For instance, in the first historic photos above, the buildings on either side of the street where the construction workers are, are still there, as is the fancy looking house on the north/west corner of Adelaide and Peter — that was built in 1858 and I previously posted shots of this place in this post and this post, if you’d like to see.

Also, the small building to the south of the Weston building, which was a steam bath back in the forties, is still in place, although completely re-clad, as are the Victorian row-houses south of that. Both buildings up on the south side of Queen Street, on either side of Peter, are still there (in fact, I was just there in February, at Little Nicky’s Coffee Shop which is located in the one on the left — photos of that are posted in this post.) The ones across Queen Street aren’t there anymore though. Where they were has been a parking lot for as long as I can remember, and is now a construction site, which you’ll get a look at further in this story.

Rather, this story is about the wonderful renovation/alteration that was made to the old Weston Bakery Building. What makes this building particularly interesting is the company, Allied Properties, who bought it in 1998, chose to keep the old building in place, opting to painstakingly retrofit it and build over-top, rather than demolish it.

I heard all about the enormous effort the company undertook to make that happen, during the tour I took as part of the “Doors Open Event”.

But again, let’s back up before we get to that …

I took a personal interest in that particular building at the corner of Richmond and Peter, as I used to hang out at a club located right across the street from it (Anyone remember Fez Batik that was in what is now that yellow place on the north-east corner? It closed in 2007.) Also, Nick and I lived right up the street back when we got married and first lived together. Aside : We absolutely loved living in that area, but had to move when our landlord decided to sell.

Anyway, back in the 2000s the place was all boarded up and somewhat derelict, but you could see that it was an interesting place. As it sat, unused for years, I feared that it was going to be torn down. But to my delight, in 2012 I noticed another fate beheld the structure.

I began taking shots of the progress whenever I passed …

↑ Summer of 2012 : they had taken everything out from inside, leaving a brick shell. ↑

↑ Summer of 2014 : Some curious structures were put in place. Were they sculptures of some sort? The building overhead begins to take shape.↑

↑ You can see the solar panels above the windows, that harvest daylight and reduce glare. ↑

↑ Allied Properties also owns the building to the west, at 364 Richmond Street, so they shared their wall with the new building. ↑

↑ Here’s a historic photograph of the building from 1915. The carts are filled with goods ready to be sent to Canadian soldiers fighting overseas. The new lobby connects the two buildings seen in the picture. ↑

And now onto the tour!

The building is called the Queen Richmond Centre West, and the Architects involved were Sweeny and Co.. Both the developer Allied and the architects liked this project so much that they decided to move in, occupying the 17th and 16th floors, respectively.

Here’s a look inside the soaring lobby, that is an L-shape beside and behind the old building …

Those “sculptures” turned out to be innovative support structures to hold up the seventeen floor tower. It took the architects a year of research and development to come up with this “one of a kind” solution. The 4 inch thick steel pieces were manufactured offshore and then placed onto a heavy foundation. Then they were filled with concrete. Their existence is certainly impressive. There is a slideshow of the build on Sweeny and Co.’s site, here.

The inside of old part of the building was completely rebuilt, including enough steel pillars to hold up that corner of the tower. That’s the “4th leg”.

The old part is a restaurant, Ricarda’s. (We’ve not been yet, but it’s on our list of places to try.)

↑ There are benches throughout the lobby that were made with the wooden beams taken out of the historic building. ↑

We were generously invited to take the elevator up to the top of the tower on the seventeenth floor, to have a look at Allied’s space.

↑ Their reception area includes some of the old beams from the bakery, and this photo of part of a red-hot steel support structures, during its creation. Apparently they took days to cool down. ↑

↑ The view looking north. There’s Queen Street and that work-site I mentioned earlier. To the right of that is The Black Bull Tavern. The large blue building is the back of the art gallery, the AGO, that I frequently write about.

Nick and I lived in one of the row houses north of the building site — the ones facing sideways towards the east. They were built around 1900. There’s a photo of the front of our old place in this post. ↑

↑ Looking eastward along Richmond … You can see that tall building reflected in the one we’re in, in the first photos above. ↑

↑ Looking south … You can see that fancy building from the first historic photo there, near the centre. The workmen of 1949 were standing where that group of people are under the blue sign. ↑

↑ There’s the Skydome and the CN Tower peeking out from behind the tall building on the left. ↑

Not only is the building attractive, it is at the forefront of environmental consideration, being as “green” as it possibly can be. Some of the features include solar panels over all the windows that harvest daylight and reduce glare. Each floor is suspended over an 18 inch area which contains all cabling and venting — every employee has a heat/cooling vent at their own workstation, giving them the ability to control their own environment.

We were told about their innovative air quality control system that somehow ensures that all the air is only breathed in and out once! Additionally and totally uncommon is the ability for employees to open windows. I used to work in a corporate environment and one of my tasks was to find good office space for various companies. This resulted in my being inside a large number of downtown Toronto office buildings, and never have I seen one where you can open the windows. Apparently, allowing for that would normally ruin any heating and air-conditioning efforts, a problem that Allied and Sweeny were able to overcome with their innovative design.

I think I can speak for the others on this tour when I say we all really appreciated having a look at this remarkable building.

Back on the ground, I left via Richmond Street, walking westward towards my fourth and final destination of the “Toronto Doors Open” event.

I’ll be back soon to tell you about that spot.

These stories were linked to.
Doors Open Adventure Part I : Failure To Reach The Top 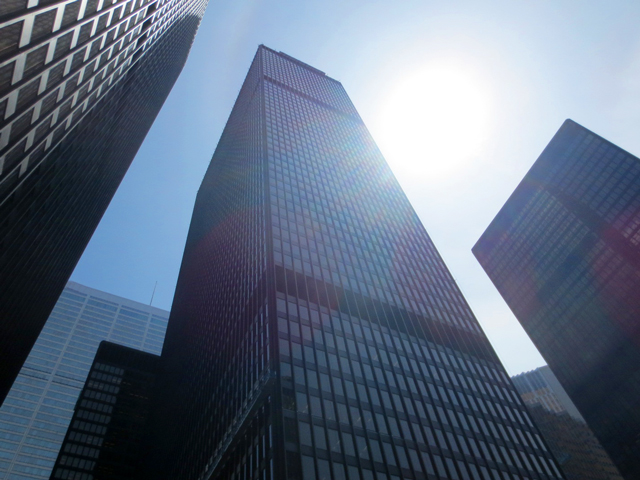 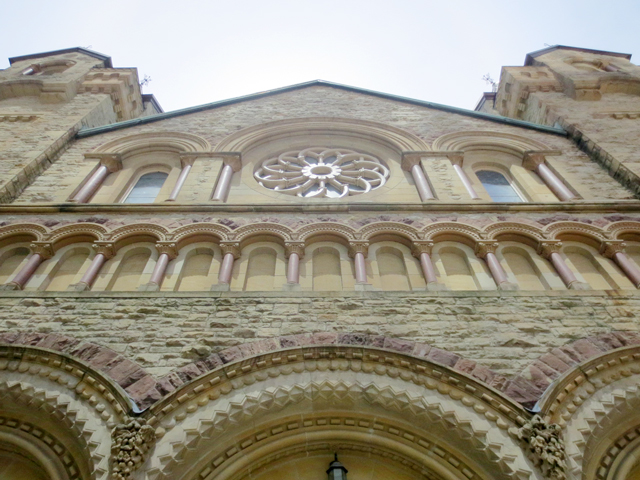 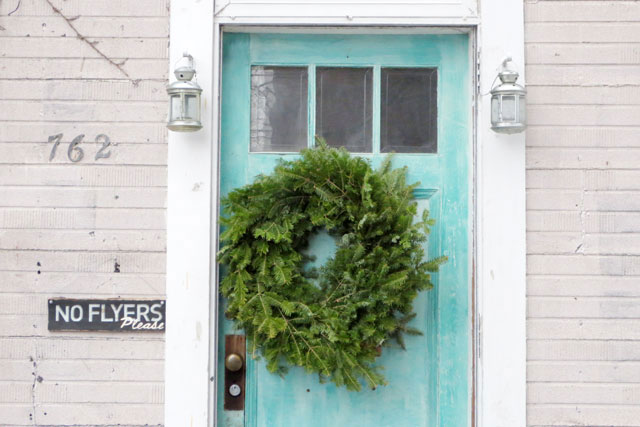 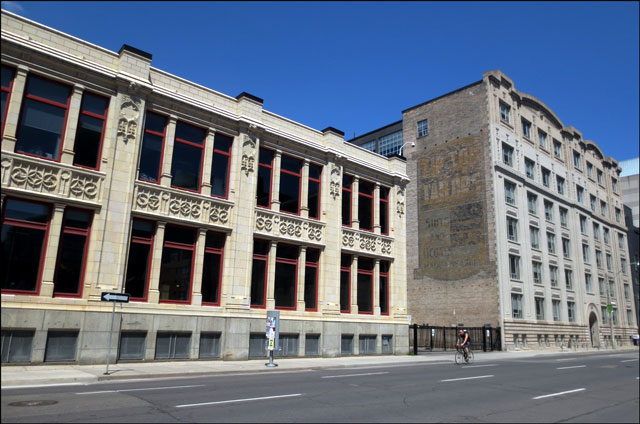 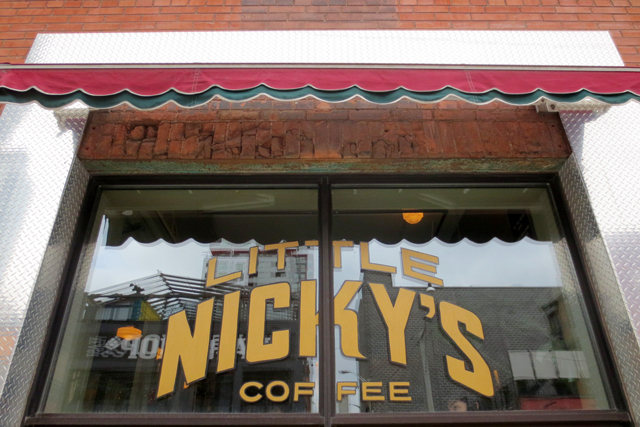 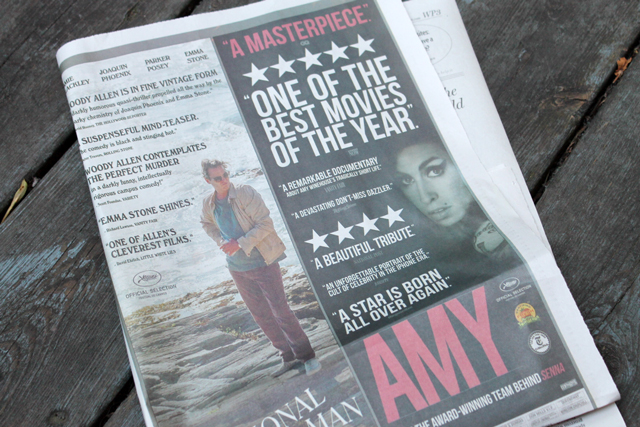