Follow Up 2020 :  See this card on display here, amongst our St. Patrick’s Day decor!  Thanks for visiting.

I received this interesting old St. Patrick’s Day card in a mixed lot of vintage greeting cards that I bought off ebay once. I think it is probably pretty rare because not only is is a St. Paddy’s card, it is also a birthday card. Pretty specific, to make a birthday card for a particular day of the year.

As for putting an approximate date on this old card, I had to do a bit of greeting card detective work. It is marked as a ‘Hallmark Coutts’ card, meaning it would have been produced during a period after 1948 when the smaller Canadian Greeting card company, William E. Coutts was partially purchased by the much larger American greeting card company Hallmark, and before 1958 when Hallmark bought the company outright, as presumably they would have stopped including the ‘Coutts’ name on the logo after they gained full ownership of it. (Although I might be wrong on that assumption and can find no information on what happened to the Coutts name after the purchase and exactly when they stopped putting it on their cards.)

Further research proves that the card had to have been made more recently than 1949 though, as that was the year that Hallmark first introduced the 5 pointed crown symbol as their logo, which is included on my card. So I am led to conclude that this card was made during the 9 year period from 1949 and 1958. Given the somewhat modern looking imagery on the card I’d say it was towards the end of that period, so probably in 1958, making it at least 56 years old now.

The fact that the card remains clean to this day (without any writing on it and never having been given to anyone) indicates that there wasn’t much call for a St. Patrick’s Day Birthday Card.

Oh yes, and I looked up the word ‘Begorrah’ : Irish — used as a mild usually jocular oath. Euphemism for ‘By God’. First Known Use: 1715 [according to Merriam Webster].

If you’re interested in more rare vintage greeting cards, you can take a look at these posts:
April Fool’s Cards (What?!)
Valentine Cards for women to send to their adult women friends
An Easter Card made like a Valentine Card

Thanks for taking a look. I hope you have a good St. Patrick’s Day if it’s a thing where you live. Here in Toronto lots of people were out celebrating on Saturday night, as we saw groups of them wearing green hats and shamrocks and stuff on the streets on Saturday night. But we don’t really do much for it, although when I was working out of the house, I did used to wear something green and this little leprechaun pin that I’ve had since I was a kid. I have no plans today, but if I go out I’ll wear that pin on my lapel because it’s pretty cute, and the scarf and purse also shown in that post. How about you? Are you wearing green today?

These stories were linked to.
Happy St. Patrick’s Day : Decorating with Green 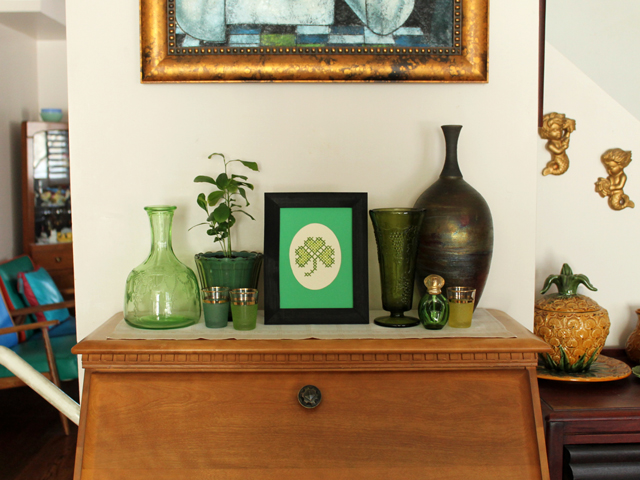 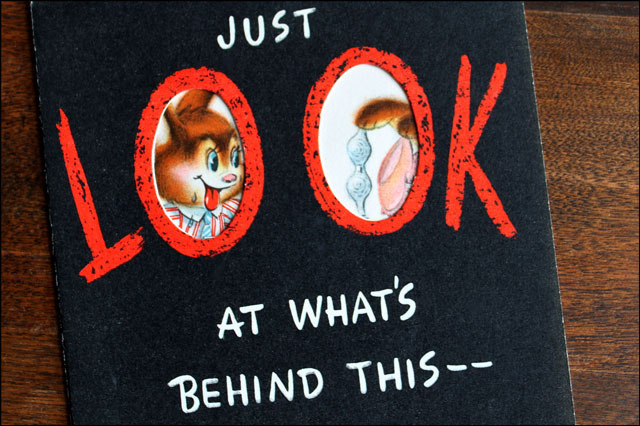 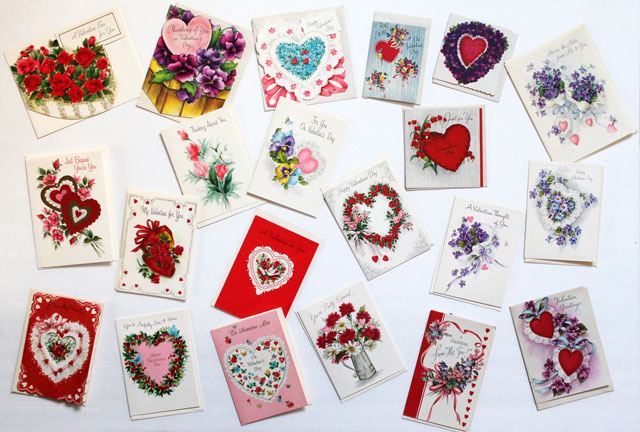 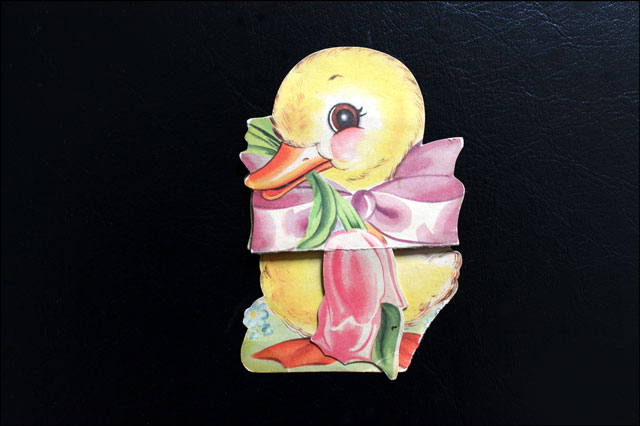 Wearing a Spot of Green for St. Patrick’s Day 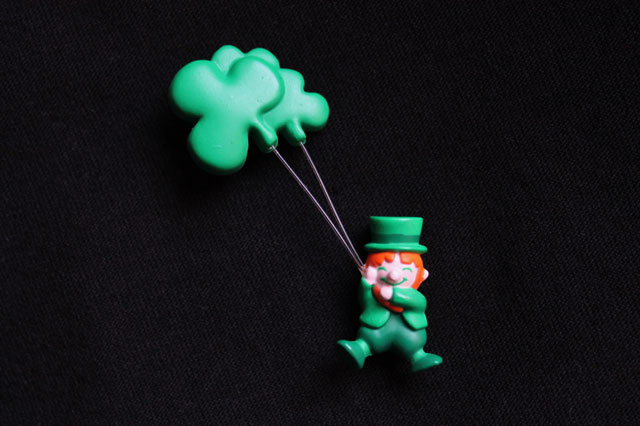