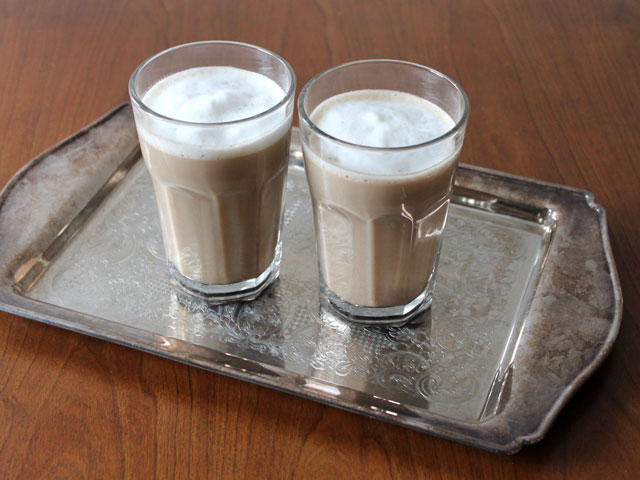 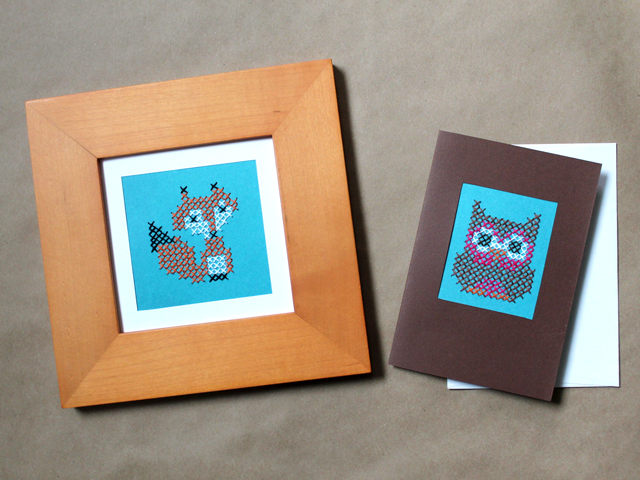 How to Cross Stitch on Paper : A Fox and an Owl 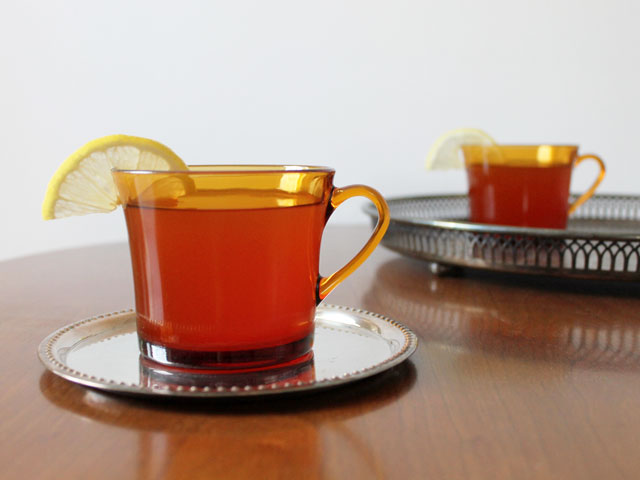 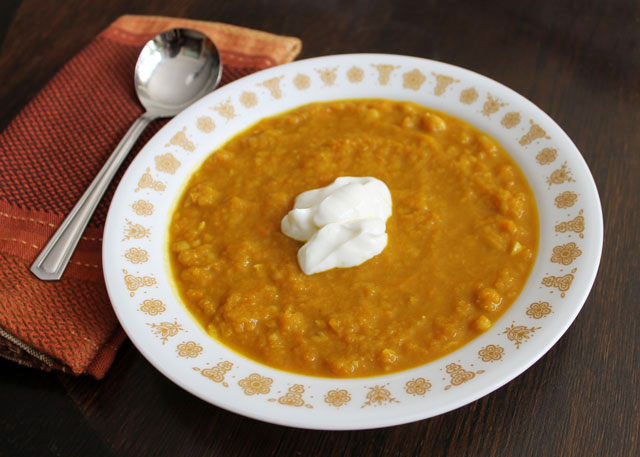 Celebrating a Decade of Friendship with Meghan!

Hi there. Welcome and thank you for dropping by.

While late autumn and early winter fills most everyone's schedule with fun celebrations, I consider myself extra lucky to add three personal special dates to my calendar during this time. Those are anniversaries of meeting three people who've become very important in my life : One is my dear husband Nick -- I met him on a blind date in November 1998, and married him in November 1999. (We went to Halifax for our anniversary, written about here, here and here.)

The other two are celebrations of cherished friendships. Having a relatively small family, most who live a fair distance away, "I'm a friendship kind of person", (to quote Chelsea Handler in this video where she's showing Architectural Digest around her stunning home.)

And so, I enjoy commemorating Friendiversaries. Here is the story about the second such occasion I had the pleasure of celebrating in recent weeks, my decade long relationship with Meghan! (The first was with Julie, written about here.)

Meghan and I met at a place we both worked back in 2009, and although neither of us is still there, we continued what began as a work friendship, beyond the work space.

She is a cool, caring and very courageous person, who I always enjoy spending time with. Regular readers will have seen that our times together very frequently involve seeing some kind of art, with our recent friendiversary celebration being no exception.

We began with dinner in Kensington Market. I snapped a few shots on the way to the restaurant ...

Hello! Here is the third and final story about our anniversary trip to Halifax, Nova Scotia. (Part 1 and Part 2)

On our last evening there, we went to see the Maud Lewis Exhibition at The Art Gallery of Nova Scotia. Maud was born and lived her life in Nova Scotia, so it is fitting that the gallery has a permanent exhibit of her work on display, including the very house in which she lived and painted.

Maud lived between 1903 and died in 1970. She'd developed severe rheumatoid arthritis as a child, which greatly effected her mobility and made going to school difficult. As a young girl, she was taught to paint by her mother, and the two of them handmade Christmas cards, which they sold. After her parents died, her only sibling, a brother, inherited the family home and Maud eventually had to move out. After answering an ad for a live in house keeper for a fish peddler, Everett Lewis, she moved into his tiny home (the one that's in the gallery) and after a short time, they were married. She would accompany him on his work-runs and sell her paintings along the way. She also sold paintings from the front of their home, to travelers who would pass and see the "Paintings for Sale" sign.

Having watched and loved the movie "Maudie", I found viewing the exhibit to be an extra special experience. It was so neat to see the house and, of course, the completely charming artworks.

Hello! Welcome back to the second post about our little vacation in Halifax, Nova Scotia, where we went to celebrate our 20th Anniversary. (See Part 1 and Part 3 here.)

As mentioned in the prior post, the weather was very nice on Monday, our first day in Halifax. We weren't so lucky on the second day, as it rained pretty well all day long.

We still went out, though, for a little walk and a hunt for provisions ...

Hi. We spent last week having a little vacation on Canada’s east coast, in Halifax, Nova Scotia, where we celebrated our 20th anniversary! (Follow up: Part 2 and Part 3)

I'd never been there and Nick had only ever quickly passed through, so it was high on our list of places to visit. It ended up being a great place to go. A couple of aspects which really stand out, were the friendly people and the excellent food. It was a lot of fun.

We stayed at The Cambridge Suites Hotel, in a "Junior Suite" on the top floor, which had a little kitchen, a lounging area and a separate bedroom. A buffet breakfast in their dining room on the main floor was included. It was very comfortable and really quite perfect for our needs. (I'll include photos taken around the room and hotel in another post.)

Here is the story and photos of our first day there ...

Monday was Remembrance Day, and unlike in Ontario, this was a public holiday in Nova Scotia. We hadn't expected that and it meant that the shops were all closed and the streets were very quiet, but the weather was beautiful and it was a great day to take a long walk and look around.

So, after watching the Remembrance Day service which took place right across from our hotel, we headed downhill, toward the waterfront.

My good friend Julie and I celebrated our "Friendiversary" recently, having met 7 years ago.

I love this lady and am so glad that we both decided to go out to a book release event on that Wednesday evening back in 2012. We were in a crowded bar on Ossington Avenue, and after listening to the author read from her book, people began lining up to get their copy signed. Nick was with me and we were tired and ready to head out. I distinctly remember thinking that we could skip the wait and get her to sign ours another time. But then Nick and the bartender began chatting while he settled our bill, so I decided to go for it, wriggling my way through the crowd and joining the line-up. Moments later, the cheerful and friendly person who is Julie, turned around and said "hi".

We began talking in that line-up and continued after our books had been signed. We quickly discovered things in common, mainly that we each had a blog and both had a passion for making things with yarn, she knitting it and I crocheting.

But, of course, sharing common interests is not all that’s necessary to keep a friendship strong over the years. You also have to really like the person and to feel comfortable and able to be your natural true self when you're with them. And, that I do with this loving, courageous, smart and fun friend!

I could easily go on about how great I think Julie is, but I'll let you discover her many talents through her blog "Knitted Bliss", her published books of poetry, and her charming Instagram account.

And, now about our dinner together ... We tried out a new (four months old) place on King Street West, called Ascari. In short, the restaurant ended up being a very good choice!